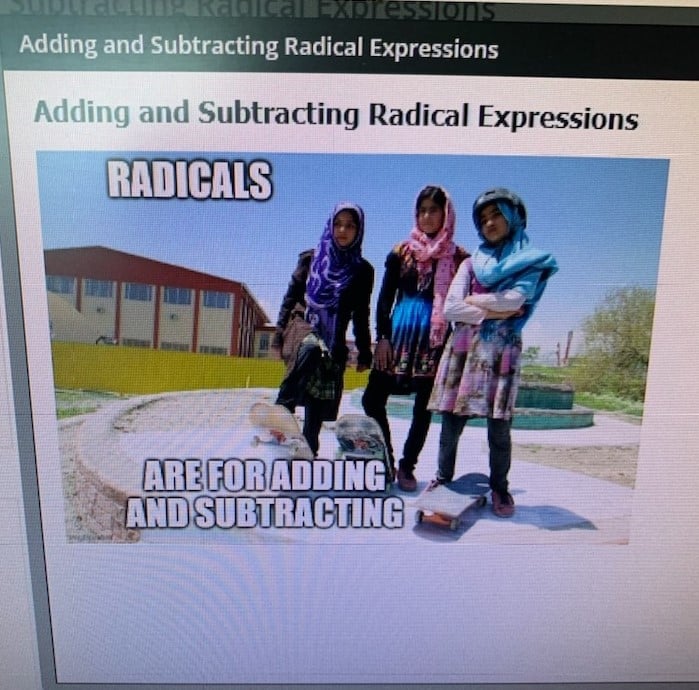 “This Islamophobic image is tone deaf and inappropriate and should never have been approved to be included in the digital pre-college math curriculum.

“Unfortunately, this is not the first instance in which we’ve had to confront Islamophobia in the Baltimore County Public School System. While we welcome school officials’ action to remove the image, this incident is symptomatic of a broader issue within the school system in which measures to appropriately vet content have failed repeatedly.

“Reports indicate Muslim children are bullied in U.S. public schools at a rate of up to twice the national average. Thousands of Muslim children attending BCPS schools are at risk of being directly impacted by this kind of harmful messaging. Our school systems can and must do better.

“We call on BCPS officials to implement broader, more inclusive policy changes and introduce transparency in the curriculum approval process so incidents like these do not happen again.”

“BCPS’ removal of the anti-Muslim image from their math curriculum is a step forward. However, BCPS needs to do more to ensure that educational curriculum is properly vetted for any Islamophobic and racist material that negatively impacts students of color” said CAIR-National’s Research and Advocacy Coordinator Huzaifa Shahbaz. “We are more than willing to advise BCPS senior officials on the threat of Islamophobia and how they can implement broader policy changes.”

A statement released by BCPS noted:

“BCPS learned Tuesday afternoon of an unacceptable and harmful image contained in its digital pre-college math curriculum and immediately removed the image. It was placed following a digital rewriting of curriculum in anticipation of distance learning. Since it was discovered Tuesday, an investigation has taken place and meetings have been conducted with the BCPS Office of Math leadership and curriculum writing teams to address both the critical need for culturally responsive and sustaining curriculum which reflects and celebrates the students we serve, as well as improvements to our curriculum review and quality assurance processes moving forward. The investigation concluded that this incident was unintentional, did not intend malice, and resulted from a lack of sensitivity and awareness. It should not have happened, and we know we can and will do better.”

CAIR has offered resources and independent experts in the past to the school system to address similar problems. In February 2020, CAIR welcomed the swift response to an Islamophobic class presentation and bullying incident.