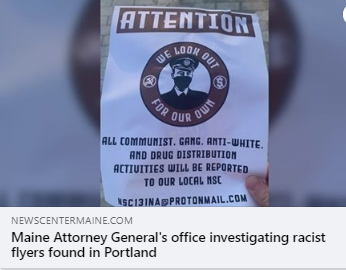 In Lexington, Va., city officials are considering a new policy that would set a standard for renaming streets. The officials are reviewing a petition to rename five local streets named after Confederate soldiers.

In Nashville, Tenn., a resolution calling racism a public health threat is advancing in the Tennessee House of Representatives. This piece of legislation recognizes racism as a structural system that perpetuates unequal access to goods and services.

In Maine, racist flyers were found in the West End of Portland and were addressed to “white men,” with depictions of Nazi propaganda. The flyers denounced the Black Lives Matter movement and promoted white supremacy.

“All Americans must educate themselves about the negative effects of systemic anti-Black racism and take positive actions to help create a more just society based on equality and respect for others,” said CAIR National Communications Ibrahim Hooper.