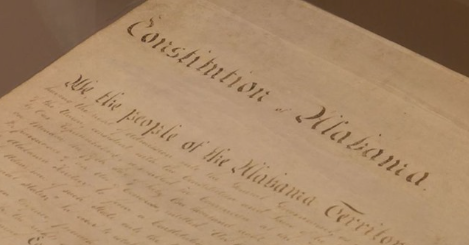 Last night, voters cast their ballots on Amendment 4 that would remove outdated and racist language from the 1901 Alabama constitution. The Alabama constitution references school segregation between white and “colored children.” In 2000, Alabama was the last state to remove a ban on interracial marriage.

CAIR had supported that constitutional change.

Racist language to be removed includes Section 256 of Article XIV, which states: “Separate schools shall be provided for white and colored children, and no child of either race shall be permitted to attend a school of the other race.”

“We welcome this move toward removing the stain of anti-Black racism and white supremacy from Alabama’s constitution and hope the decision by voters sends a message to political leaders nationwide that bigotry is no longer tolerated or excused in America,” said CAIR National Communications Director Ibrahim Hooper.

Hooper also welcomed the voter approval of a new state flag in Mississippi that replaces a Confederate-themed one state lawmakers retired months ago.

He said the American Muslim community and CAIR are standing in solidarity with all those challenging anti-Black racism, xenophobia, Islamophobia, anti Semitism, and white supremacy.