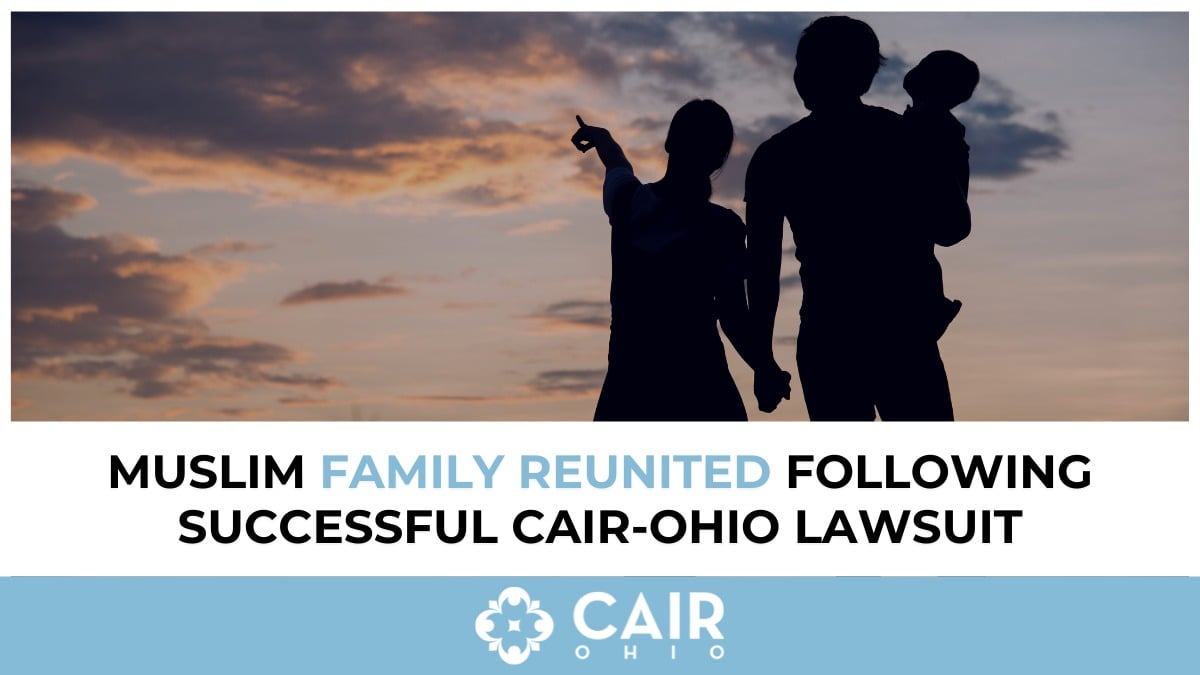 (COLUMBUS, OH, 12/2/2021) – The Ohio office of the Council of American-Islamic Relations (CAIR Ohio) today announced that an American Muslim family has been reunited after two and a half years of visa delays thanks to a successful lawsuit by that civil rights organization.

The couple met in 2016 and quickly fell in love. They maintained a long-distance courtship for three years and were married in 2019. They planned to start their life in the United States and filed the necessary paperwork within a month of the wedding.

According to Congress, visa applications for immediate relatives should be processed within 30 days. Sarah and Malek were forced to wait for more than 800 days.

Those 800-plus days were filled with innumerable difficulties for the family. The COVID pandemic hit, but Sarah still attempted to see her husband when possible. Sarah was visiting Malek in Beirut in August 2020 when a massive explosion rocked the entire city, killing hundreds. For most of her pregnancy, Sarah carried their first child alone.

The couple continued to contact the Beirut Embassy to no avail. Sarah reached out in desperation to CAIR-Ohio, hoping to bring her husband home. CAIR-Ohio filed suit in June.

Finally, after years of delay and months of litigation, Malek received his visa early in November. He flew home to Sarah the next day.

“Visa delays are a family separation issue and must be challenged. American Muslim families should not be forced to file lawsuits to obtain their basic immigration rights. We are delighted to reunite Sarah and Malek and wish them the very best as they start their life together with their child.”