ACTION ALERT: Nominate Your Choice for CAIR’s 2020 ‘American Muslim of the Year’ Award 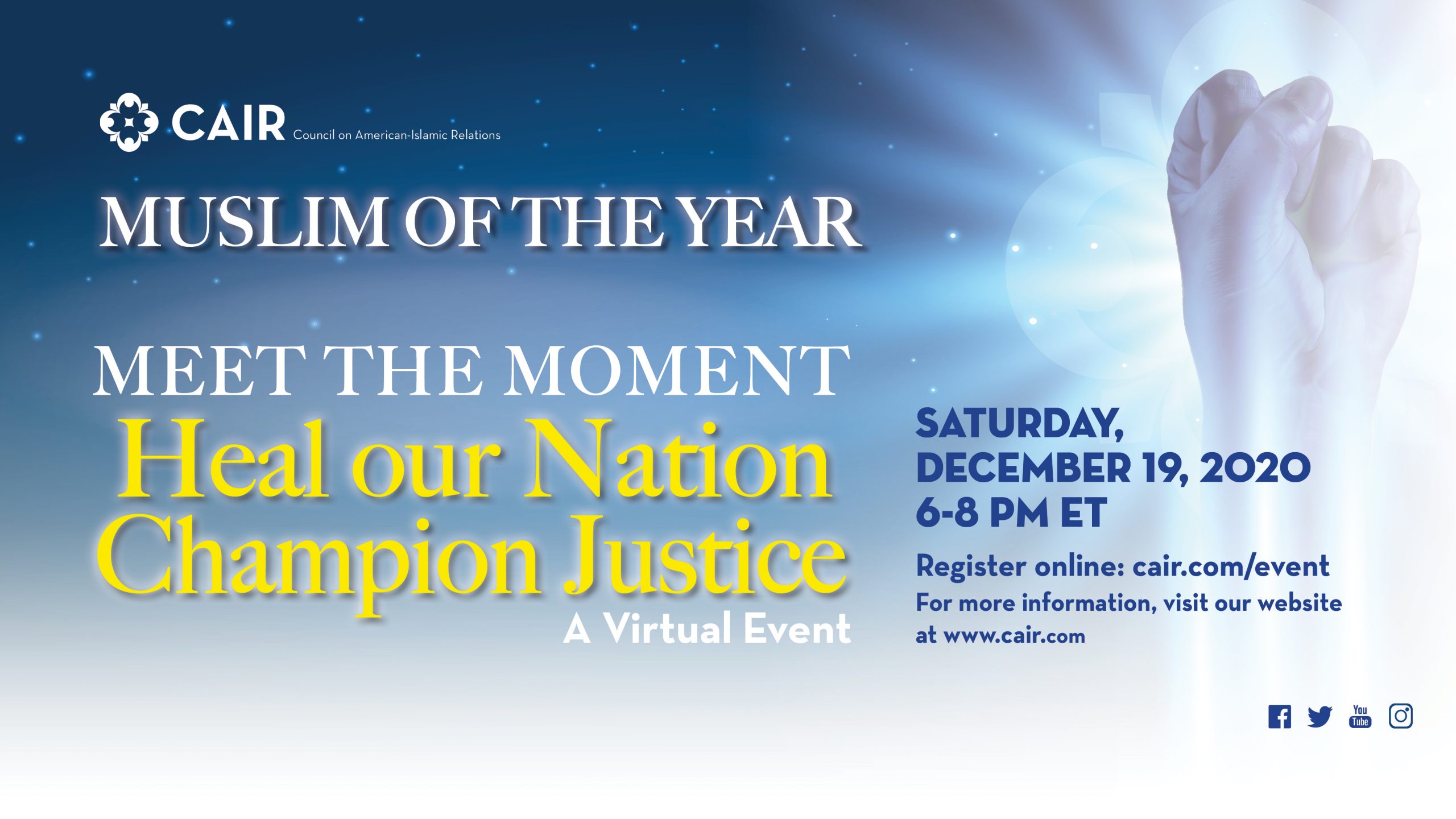 CAIR is seeking nominations for its annual Muslim of the Year award to be presented at its 26th Annual Virtual Banquet on Dec. 19

(WASHINGTON, D.C., 12/10/2020) – The Council on American-Islamic Relations (CAIR), the nation’s largest Muslim civil rights and advocacy organization, announced today that it is now welcoming nominations for the annual “American Muslim of the Year” award to be presented at CAIR’s 26th Annual Virtual Banquet on December 19.

The award honors an American Muslim individual, organization or coalition that has demonstrated “exemplary service to the country and the community” at the local or national level over the last year by “inspiring and empowering.” Submitting nominations ends Monday, December 14, 2020. The award is scheduled to be presented at CAIR’s virtual 26th annual banquet, “Meet the Moment: Heal Our Nation, Champion Justice,” on the evening of Saturday, December 19, 2020, from 6 – 8 PM ET.

Note on Eligibility for American Muslim of the Year: To be eligible to receive the award, the nominated individual or a representative of the nominated group must reside in the United States and be able to attend the banquet virtually. Nominations must be submitted by 5 p.m. (Eastern), December 14, 2020. To submit a nomination for the 2020 CAIR American Muslim of the Year award, please take two minutes to tell us who you nominate and why you think they qualify. CAIR will select the award recipient.