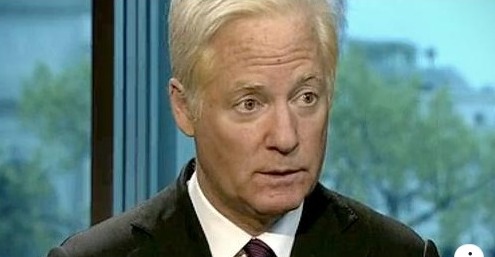 (WASHINGTON, D.C. – 1/12/2022) – The Council on American-Islamic Relations (CAIR), the nation’s largest Muslim civil rights and advocacy organization, plans to hold a press conference today to detail new evidence showing that an anti-Muslim hate group working with the Israeli government spent more than a decade and hundreds of thousands of dollars to surveil and spy on prominent Muslim organizations and leaders, including then-Rep. Keith Ellison.

The Washington Post today published an exclusive report on this issue.

CAIR also plans to announce that two individuals–a former IPT staffer and a Muslim who worked as a spy for IPT–have come forward to confess, apologize for their involvement and provide detailed information about the hate group’s activities and motivations.

WHERE: Mainstream media professionals may contact CAIR National Communications Director Ismail Allison for a link to the event at iallison@cair.com. CAIR also plans to live stream the event on Facebook.

Last month, CAIR announced that CAIR-Ohio director Romin Iqbal had been terminated for passing information about CAIR’s civil rights work to that anti-Muslim hate group, the so-called Investigative Project on Terrorism (IPT). IPT is led by far-right extremist Steven Emerson, who has been described as an “anti-Muslim activist” by the Southern Poverty Law Center.

In the days after Iqbal’s termination, a Virginia Muslim voluntarily came forward to admit and apologize for working as a paid IPT spy from 2008 to 2012.

Another individual, a whistleblower from within IPT, has provided a statement and evidence showing that the hate group spent years surveilling, spying on and undermining various Muslim leaders and organizations in an effort to protect the Israeli government from criticism.

“We are working diligently to uncover, disrupt and expose every attempt that this anti-Muslim hate group and its allies have made to spy on American Muslims in service to the Israeli government,” said CAIR National Executive Director Nihad Awad. “We commend the whistleblowers who are coming forward to apologize, take responsibility and provide information. In the coming weeks, we plan to continue releasing additional information as we uncover and validate it.”

“The fact that anti-Muslim bigots and anti-Palestinian racists have invested so much time and effort in spying on our community is a sign of the importance of our community,” said CAIR National Deputy Director Edward Ahmed Mitchell. “These hate groups are terrified that American Muslims will use our political activism, civic engagement and legal work to advance justice here and around the world. They’re right to be afraid because that’s exactly what we’ve been doing and will continue to do, God willing.”

The evidence CAIR plans to review today includes a statement from the IPT whistleblower, a statement from the Virginia Muslim who once worked as a paid spy for IPT, a tax form showing that Emerson’s for-profit corporation paid that individual over $30,000 for one of his years of spying, an excerpt from a dossier that the hate group compiled on former Rep. Keith Ellison, and an excerpt of an IPT transcript of a private meeting that national Muslim leaders held to discuss the Park51 controversy in 2010.

[NOTE: CAIR has redacted certain personal information, such as tax ID numbers and email addresses, as well as quotes from conversations that IPT recorded without permission].

According to the whistleblowers who have come forward, IPT was also working with multiple Republican members of Congress and the Middle East Forum (MEF), an anti-Muslim, anti-Palestinian hate group founded by the racist writer Daniel Pipes.

In December, CAIR announced that multiple individuals involved in Muslim activism, including CAIR-Columbus Executive Director Romin Iqbal, were acting as spies for IPT. IPT is led by Steven Emerson, who has been described as an “anti-Muslim activist” by the Southern Poverty Law Center. CAIR also released email exchanges showing that IPT was actively collaborating with Israeli intelligence officials working in the office of then-Israeli Prime Minister Benjamin Netanyahu.

CAIR plans to continue investigating this matter and releasing additional information in the coming weeks.