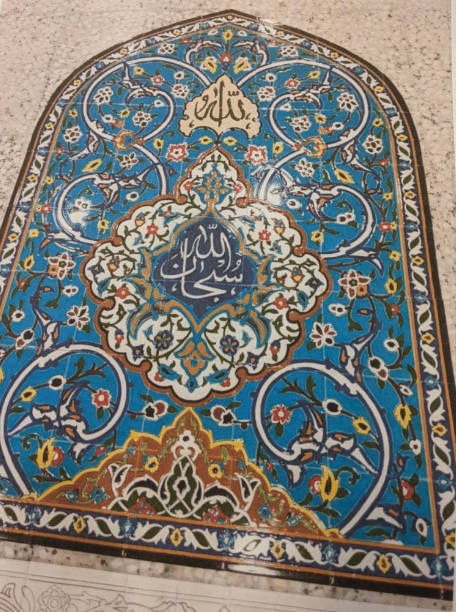 (WASHINGTON D.C., 8/7/2021) – The Council on American-Islamic Relations (CAIR), the nation’s largest Muslim civil rights and advocacy organization, today called on the U.S. Department of Homeland Security (DHS) and U.S. Department of the Treasury to release almost 750 pounds of decorative tiles with verses from the Quran destined for a Virginia mosque that officials are now threatening to destroy.

Those tiles are to be used to decorate the “mihrab,” a niche indicating the direction of prayer, of the Manassas Mosque in Manassas, Va. They were a gift from a mosque in Iran to the Virginia mosque and include verses from the Quran, Islam’s revealed text, such as: “Indeed, We see you [O Prophet Muhammad] turning your face toward heaven. Now We will make you turn toward a direction of prayer that will please you. So turn your face towards the Sacred Mosque in Mecca — wherever you are, turn your faces towards it.” The Holy Quran, 2:144

The mosque’s imam tells CAIR that government officials have told him there is an Office of Foreign Assets Control (OFAC) hold on the tiles and that they will be destroyed unless they are re-exported.

An email to the mosque from U.S. Customs and Border Protection (CBP) Cargo at Dulles Airport stated:

“CBP has determined this shipment must be re-exported or destroyed. It can take several months to obtain an import permit from OFAC if they even issue one. Import permits from OFAC are supposed to be obtained before shipments arrive to the US. It is your decision to re-export or destroy, but please let the airline know which decision you make.”

“Confiscating these Quranic tiles simply because they came from Iran was unwarranted and destroying them would be absolutely unacceptable. Forcing this Virginia mosque to send the tiles out of the country would be just as unacceptable; it would also send a negative message to the American Muslim community and Muslims worldwide.”

“We respectfully ask the Biden administration to order the release of these specially-designed religious items to our mosque so that we may use them in our religious services. Destroying items with verses from a sacred text should be objectionable to all Americans, regardless of their faith.”