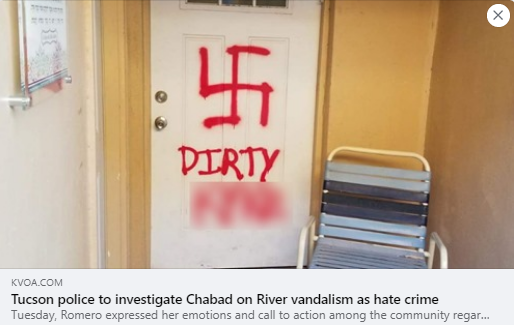 “Once again, we are seeing hate spiraling out of control – whether it’s the anti-Semitic vandalism at the Tucson Chabad Center or the massacre of a Muslim family in Canada – our communities are hurting right now. Our thoughts and prayers are with our Jewish brothers and sisters. An attack against one of us is an attack against all of us.”

She said the American Muslim community and CAIR stand in solidarity with all those challenging anti-Black racism, xenophobia, Islamophobia, anti-Semitism, white supremacy and all other forms of bigotry.