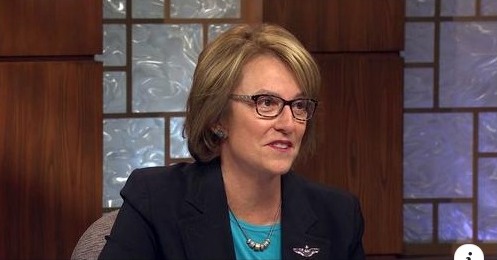 The original tweet, which featured an image of Confederate generals Robert E. Lee and Thomas ‘Stonewall’ Jackson and called on people to celebrate “Lee-Jackson Day,” was tweeted by Scott Greer, who was fired from the Daily Caller in 2018 after it was revealed that he was writing for white nationalist and neo-Nazi Richard Spencer’s Radix Journal.

State Senator Wendy Rogers is a member of the Oath Keepers, a far-right militia that participated in the January 6th attack on the U.S. Capitol and has a history of anti-Muslim bigotry. She also reportedly subscribes to Q-Anon conspiracy theories.

“To retweet a message from a white nationalist calling on people to celebrate those who fought to uphold slavery is deeply immoral and completely unacceptable for an elected representative.

“We condemn Senator Rogers’ actions and urge the Arizona Senate to censure her. As racism continues to rise in our nation, it is essential that lawmakers send a message that hatred and bigotry will not be tolerated in the halls of government.”

Abuseif noted that last month, CAIR National and CAIR-Arizona called for the expulsion of Arizona Congressman Paul Gosar after he called for the destruction of the Al-Aqsa Mosque in Jerusalem, one of Islam’s holiest sites.

SEE: CAIR Says Arizona’s Rep. Paul Gosar Should Be Expelled from Congress After He Calls for Destruction of Al-Aqsa Mosque in Jerusalem