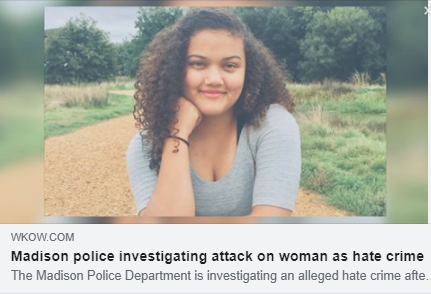 (WASHINGTON, D.C., 6/26/20) – The Council on American-Islamic Relations (CAIR), the nation’s largest American Muslim civil rights and advocacy organization, today called for hate crime charges in the case of a biracial woman who said she was burned with lighter fluid in downtown Madison.

The 18-year-old victim told police her driver’s side window was down and she heard someone yell out a racial slur. She said she saw four white men, one of whom used a spray bottle to put liquid on her face and neck and then threw a lighter at her which cause the liquid to ignite. The woman was able to put the flames out. She went to the hospital where she was treated for burns and will need to continue to seek medical care for her injuries.

“Hate crime charges must be considered whenever there appears to be a bias motive for an attack, and particularly at a time when minority communities are increasingly being targeted by hate.”