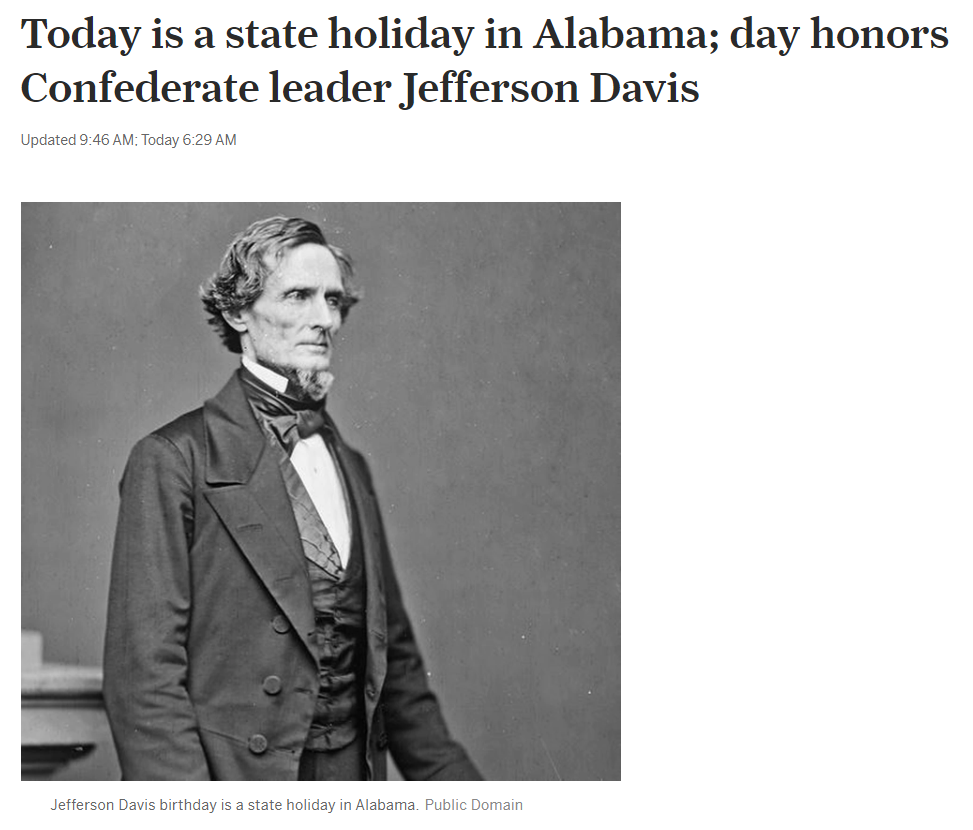 Davis, who was president of the Confederacy, was born on June 3 and his birthday is commemorated in Alabama on the first Monday in June.

“It is way past time to stop honoring a racist and traitor who divided our nation in support of slavery and white supremacy,” said CAIR National Communications Director Ibrahim Hooper. “Alabama’s leaders and lawmakers should take immediate action to eliminate this ‘holiday’ and others honoring traitors to America and replace them with ones that instead honor the heroes who promoted civil rights and freedom for all.”

He noted that Alabama also celebrates Robert E. Lee’s birthday on the third Monday in January and Confederate Memorial Day on the fourth Monday in April.