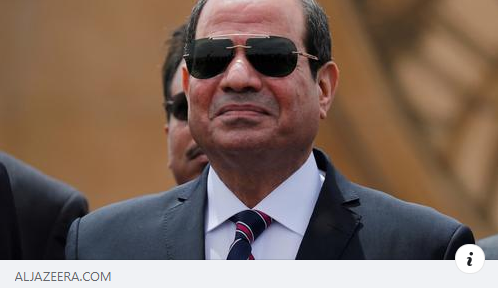 SEE: Al Jazeera: US to place conditions on fraction of aid to Egypt

Yesterday, Politico reported that the Biden administration will only withhold $130 million in U.S. security assistance to Egypt this year – $170 million less than the $300 million in conditions Congress placed on the aid – until the State Department can confirm to Congress that Egypt has taken steps to:

According to the Washington Post, the remaining $170 million in security aid to Egypt can only be spent on “counterterrorism, border security and nonproliferation.”

“The American Muslim community is calling on President Biden to fulfill his campaign pledge of ‘no more blank checks’ for Egyptian President Abdel Fattah al-Sisi and to place human rights at the center of U.S. foreign policy.

“Conditionally withholding $130 million out of the $1.3 billion in annual U.S. taxpayer funded aid to Egypt signals that Biden is turning a blind eye to the suffering of 60,000 Egyptian political prisoners in favor of a human rights abuser and dictator like Sisi.

“Congress passed a law conditioning $300 million in aid to Egypt calling for human rights reforms. President Biden has a legal and moral duty to uphold the law. Americans need to demand better from our elected officials.”

In addition to constituting a betrayal of President Biden’s campaign promises, the $170 million in U.S. aid for Egyptian counterterrorism activities is at risk of contributing to Sisi’s dictatorial police state that has rounded up more than 60,000 political prisoners, tortured detainees, and carried out more executions than any other country in the world other than China and Iran.

For the past several years, Congress has passed annual legislation placing $300 million in human rights restrictions on the $1.3 billion in annual aid the United States provides to Egypt. The restrictions have usually been waived by the president citing national security concerns.

Connecticut Democratic Senator Chris Murphy, who led the charge to condition U.S. aid to Egypt, tweeted in response to the breaking news:

“This is a mistake. Egypt has 60,000 political prisoners. They torture political dissidents. The Administration should have held back the full $300m. This half measure sends a muddled message about our commitment to human rights and democracy.”

In June, CAIR and the US Council of Muslim Organizations (USCMO) called on the Biden administration and Congress to withhold all military aid until the Egyptian government halted its plans to conduct mass executions of democracy activists, faith leaders, and other political prisoners.

In March, CAIR encouraged community support for Amnesty International’s global petition to #FreeRamyShaath.  According to Amnesty International, Ramy Shaath is an Egyptian-Palestinian political activist and human rights defender, unjustly imprisoned for over 750 days at the Tora prison in Egypt for his peaceful political activities without a chance to defend himself.