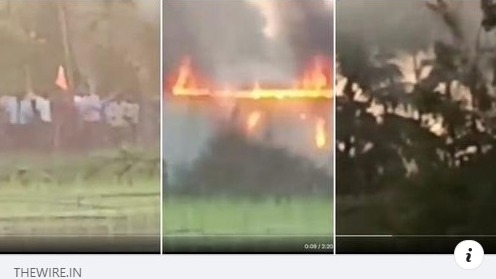 (WASHINGTON, D.C., 10/27/21) – The Council on American-Islamic Relations (CAIR), the nation’s largest Muslim civil rights and advocacy organization, today called on U.S. Secretary of State Antony Blinken to condemn and address actions targeting mosques in France and India that are facing Islamophobic government policies and – as in India – attacks.

In India, a mosque was vandalized, and shops and houses were attacked during a Hindu group’s rally on Tuesday. Those attacks are a continuation of widespread targeting of Indian Muslims and their institutions throughout that nation since the rise of extremist Hindu nationalism.

In France, Interior Minister Gerald Darmanin announced on Tuesday that the government plans to close seven more mosques and associations across the country by the end of 2021. The minister bragged that some 13 Muslim associations have been closed since President Emmanuel Macron took office.

“We condemn the targeting of houses of worship, whether by discriminatory government policies or physical attacks. Secretary Blinken must call on the governments of India and France to stop actively or tacitly targeting Muslims and their institutions. The United States and other governments must hold India and France accountable.”

In September, CAIR condemned a ruling by France’s top administrative court, the Council of State, upholding the government’s December 2020 dissolution of the Collective Against Islamophobia in France (CCIF).  CCIF was that nation’s leading Muslim civil rights organization defending French Muslims from discrimination.

NOTE: CCIF has reconstituted in another European country and continues to track anti-Muslim bigotry in France.

In October 2020, CAIR on the United States Commission on International Religious Freedom (USCIFR) to investigate France’s ongoing campaign of “collective punishment” against the French Muslim community, as well as France’s longstanding history of turning anti-religious bigotry into government policy.

Over the past 20 years, France has implemented numerous laws designed to limit and punish the free exercise of religion, especially among Muslims. France has dismissed Islamic religious leaders and banned students, teachers, and public servants from wearing visible signs of their faith, including hijabs, at school or at work.

Last year, President of France Emmanuel Macron delivered a speech about the French Muslim community in which he claimed that “Islam is a religion that is in crisis all over the world today, we are not just seeing this in our country” and has expressed concern of “Islamic separatism” and called to “liberate” Islam.

In the past two years, the French government enacted a series of anti-Muslim measures that violated the rights of religious freedom of French Muslims. Despite not having any evidence, Darmanin crackdown on hundreds of mosques and civil society organizations suspected of “separatism.”

Darmanin has also stated that foreign families that disagree with the display of caricatures of the Prophet Muhammad in schools might face deportation. Macron’s government, which supposedly values freedom of speech, has created a double standard by singling out French Muslims and questioning their legitimacy as French citizens. Macron is also forced a body of Muslim leaders into accepting a charter of “Republican Values” to prove their loyalty to France.