CAIR Calls on Warner Bros. to Explain Why Black Co-Star Dropped from ‘Dune’ Posters in China 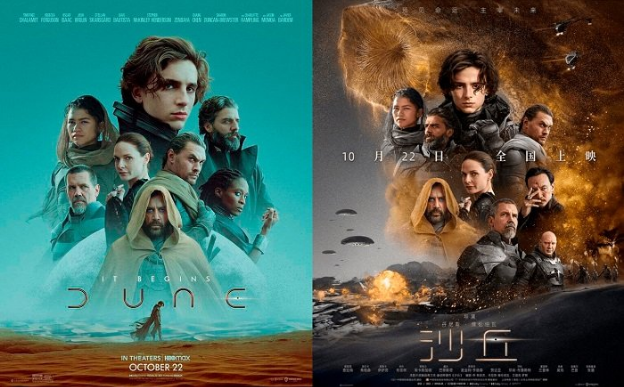 (WASHINGTON, D.C., 10/26/21) – The Council on American-Islamic Relations (CAIR), today called on Warner Bros. to explain why the image of Black “Dune” co-star Sharon Duncan-Brewster was dropped from posters advertising the film in China, differing from promotional materials in other countries.

[NOTE: On Thursday, Oct. 28 (3 p.m. ET), CAIR will host a Facebook live discussion with Dr. Amir Hussain and Dr. Jörg Matthias Determann about Islamic themes and references in “Dune” and the place of Islam in pop culture.]

“It’s bad enough that American corporations have censored books, news sites, social media platforms, and even the Bible and the Quran to accommodate China,” said CAIR National Communications Director Ibrahim Hooper. “The removal of Sharon Duncan-Brewster’s image from the ‘Dune’ poster in China creates the impression that an American company is now censoring the very appearance of a Black woman to satisfy its own racist misconceptions about audiences in China. As they say, ‘fear is the mind-killer.'”

He said Warner Bros. must explain the differences in the posters.

CAIR has frequently condemned China’s genocidal actions targeting ethnic and religious minorities and is a member of the #BoycottHilton coalition, which is demanding that Hilton Worldwide Holdings Inc. not license a hotel on the site of a bulldozed Uyghur mosque in China.

CAIR, along with other members of the #BoycottHilton Coalition made up of more than 40 American and international organizations, recently released letters calling on the U.S. Department of State and U.S. Department of Commerce to conduct separate investigations into whether Hilton Worldwide Holdings Inc. and the Chinese corporation Huan Peng Hotel Management are violating the law or otherwise acting counter to the foreign policy interests of the United States by contributing to the Chinese government’s ongoing genocide of Uyghur Muslims.

The #BoycottHilton Coalition held an educational leafleting outside Hilton hotels in a dozen cities in the United States and Canada.