CAIR Condemns Apple’s Decision to Remove Quran and Bible Apps in China, Calls on American Corporations to ‘Grow a Spine’ 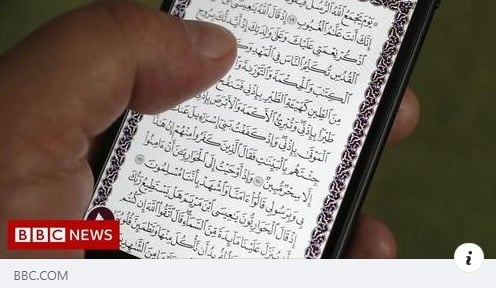 (WASHINGTON, D.C., 10/15/21) – The Council on American-Islamic Relations (CAIR), the nation’s largest Muslim civil rights and advocacy organization, today condemned a decision by Apple to take down a Bible app and one of the world’s most popular Quran apps in China after Communist Party officials declared that the religious texts contain “illegal content.”

The Quran is the revealed text followed by almost two billion Muslims worldwide. The deleted app, “Quran Majeed” is used by millions of Muslims.

“By obeying the Chinese Communist Party’s order to remove Bible and Quran apps from its platform in China, Apple is enabling China’s religious persecution, including the ongoing genocide of Uyghur Muslims. This decision must be reversed. If American corporations don’t grow a spine and stand up to China right now, they risk spending the next century subservient to the whims of a fascist superpower.”

He noted that on Saturday, Oct. 16, the #BoycottHilton Coalition* of more than 40 American and international organizations, plans to hold an educational leafleting campaign outside Hilton Worldwide hotels nationwide over that corporation’s licensed construction of a Hampton Hotel on the site of a bulldozed mosque in the Uyghur region of China.

Cities in which leaflets have been confirmed include:

More cities will be added nationwide.

Local groups are being encouraged to join the campaign. Contact: kanato@uhrp.org and info@freeuyghurnow.org

VIDEO: How to Hold a #BoycottHilton Educational Leafleting

At the events, educational materials about the construction of the hotel on the site of a bulldozed mosque and about China’s acts of torture, rape, forced abortions and sterilizations, mass detention, denial of religious rights, and cultural erasure targeting Uyghur Muslims will be handed to Hilton guests and staff.

WHERE: Outside Hilton Hotels in Cities Nationwide

The #BoycottHilton coalition has called on Hilton Worldwide to drop a licensing agreement to build a Hampton Hotel on the site of the bulldozed mosque in the city of Hotan, China, but company officials have not responded to that demand.

Also in June, Amnesty International released a report describing China’s abuse of its Uyghur Muslim minority as a “dystopian hellscape.”

On September 16, the coalition held a news conference outside The Capital Hilton in Washington, D.C., to announce a worldwide boycott of Hilton Worldwide.

The #BoycottHilton campaign recently called on the UN Global Compact to begin the process of removing Hilton Worldwide (NYSE: HLT) as a participant over that corporation’s violations of its principles by entering into the agreement – one that it could terminate – to license the construction of the Hampton Hotel on the site of the bulldozed mosque in the Uyghur region of China.

In addition, the coalition launched a Change.org petition drive asking signatories to take a pledge “to join the global boycott of ALL Hilton-owned hotels until the company cancels its plan to establish a hotel on the site of a bulldozed Uyghur mosque in China.”