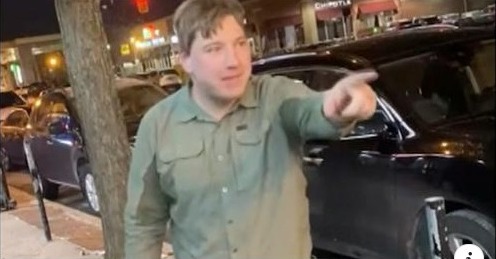 A video recorded early Sunday morning shows Andrew Walls, vice president of the Akron-Canton chapter of the far-right Proud Boys, shouting racial slurs at a Black woman before punching her in the face. The woman reportedly heard Walls shouting the n-word and told him to stop before the assault.

Walls has been charged with assault and possessing a firearm while intoxicated, and a warrant for his arrest has been issued. Akron police are reportedly considering an added ethnic intimidation charge.

“This appalling assault was clearly an act of racist hate and must be prosecuted as such by law enforcement,” said CAIR-Cleveland Executive Director Julia Shearson. “As violent racism continues to rise nationwide, it is essential that incidents like this are taken seriously.”

She said the American Muslim community and CAIR stand in solidarity with all those challenging anti-Black racism, xenophobia, Islamophobia, antisemitism, white supremacy and all other forms of bigotry.