CAIR Community/Media Advisory: Join the National March for Palestine in Washington, D.C. on Saturday, May 29 #SanctionIsrael 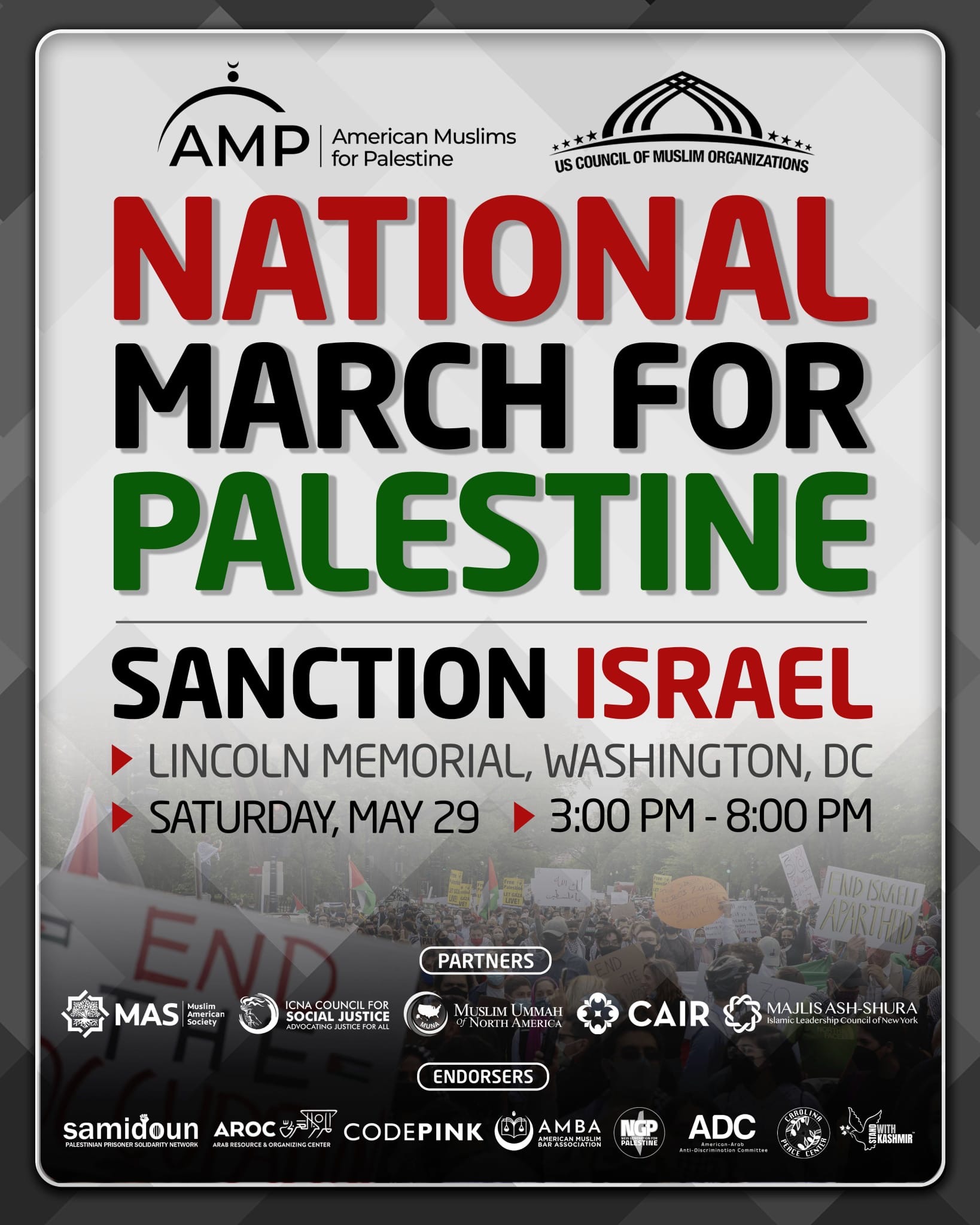 (WASHINGTON, D.C., 5/25/21) – The Council on American-Islamic Relations (CAIR) today joined the U.S. Council of Muslim Organizations (USCMO), American Muslims for Palestine (AMP), and other justice organizations and activists for the National March for Palestine in Washington, D.C., taking place on Saturday, May 29, from 3:00 to 8:00, starting at the Lincoln Memorial and marching to Congress.

The march is a part of the new national #SanctionIsrael campaign calling on the Biden administration and Congress to sanction Israel and stop giving it billions in U.S. tax dollars and military hardware – like the very same bombs that Israel just used to obliterate entire Palestinian families in the Gaza Strip.