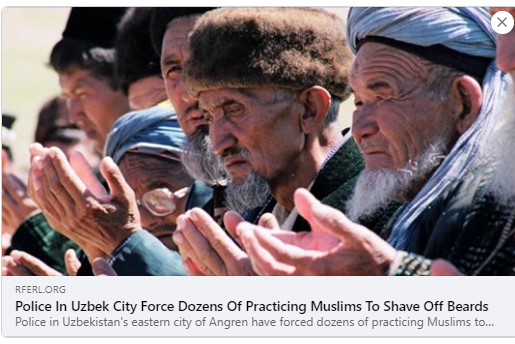 CAIR also urged the US. Department of State to investigate the claims for inclusion in future reporting on international religious freedom.

Reports allege that dozens of men were summoned to the police station in Angren, Uzbekistan, and ordered to shave their beards. According to a testimony provided to Radio Free Europe, police officers threatened those who refused to comply with legal charges.

Uzbek authorities have targeted Muslim men with beards for decades, allegedly as part of a campaign to combat “extremism.” They have also put pressure on Muslim women to remove their Islamic head scarves, or hijabs.

“The alleged actions of the Uzbekistan police are an abhorrent violation of religious freedom and human rights that should be investigated and condemned by American officials,” said CAIR Government Affairs Director Robert McCaw. “Our nation’s leaders and the international community must put pressure on the government of Uzbekistan, which has a long record of persecuting Muslims, to respect the rights of all its citizens.”