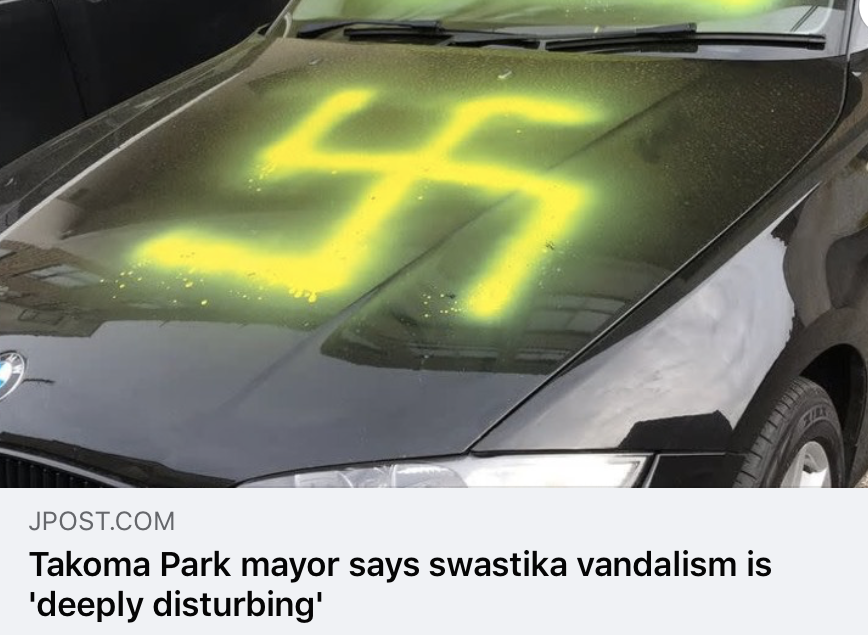 (BALTIMORE, Md., 12/28/20) – The Maryland office of the Council on American-Islamic Relations (CAIR) today condemned an act of vandalism where a swastika was spray-painted onto the back of a vehicle in Takoma Park, Maryland, and welcomed a hate crime investigation by local authorities into the incident.

The incident comes on the heels of reports of an African-American artist’s murals also being vandalized in a suspected racially-motivated crime in the same city on the prior day. In that incident, an unidentified woman was captured on video cameras scratching the face of a Black woman on a mural painted by a Washington, D.C. based artist.

“Anti-Semitism, anti-Black racism and the white supremacist ideologies that fuel these types of hate incidents have no place in a civilized society,” said CAIR’s Director in Maryland Zainab Chaudry. “No one has the right to threaten, harass or intimidate others. We condemn these crimes and urge anyone with information to contact local authorities.”

Recently, CAIR condemned the alleged harassment of a Middle Eastern family by a white supremacist group in Garrett County, Maryland.