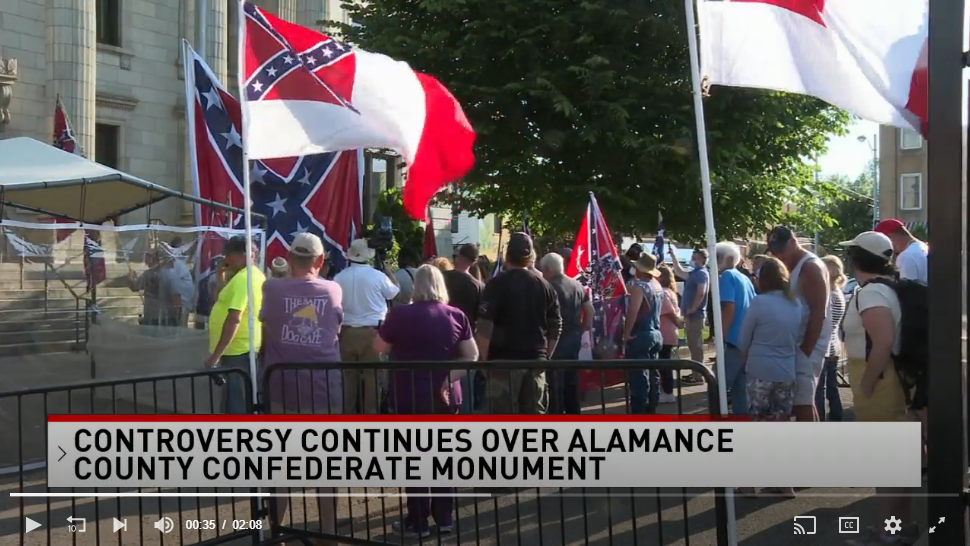 Dozens of people rallied outside the county courthouse for the event, called “NC Confederate Day,” “Celebrating 160 year anniversary of NC seceding from the union and joining the confederacy.” The rally was in support of a Confederate monument that is the subject of a lawsuit by the NAACP.

“It is a sad reminder of the growing white supremacist ideology nationwide when the flag of slavery and treason is displayed so openly,” said CAIR National Communications Director Ibrahim Hooper. “The racism and treason of the Confederacy should be repudiated, not celebrated.”

On May 6, CAIR supported NAACP lawsuit for the removal of another Confederate Monument in Iredell County’s government center in Statesville, N.C.