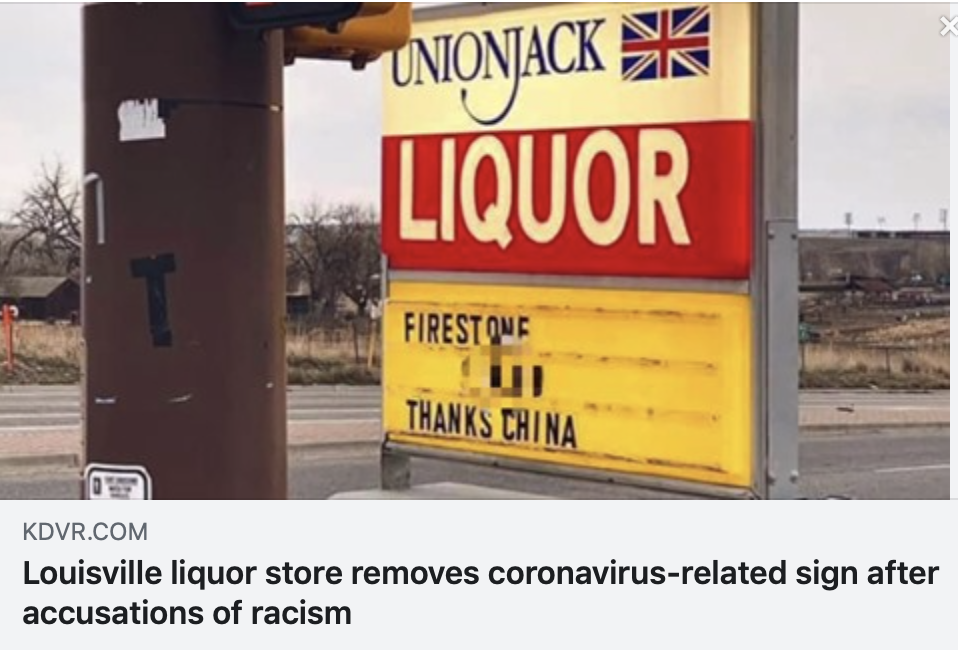 (DENVER, CO, 3/20/20) – The Colorado chapter of the Council on American-Islamic Relations (CAIR-Colorado), a chapter of the nation’s largest Muslim civil rights and advocacy organization, today condemned a ‘Thanks China’ sign outside of a Louisville, Colo., liquor store featuring a possible Neo-Nazi reference.

The sign outside Union Jack Liquor showed the words “Thanks China” and a number, which the owner of the store claims is the price for beer. In white supremacist groups, the number in question could represent the groups ideology and the term “Heil Hitler” which means “Hail Hitler.” The owner of the store says “Thanks China” was meant as a joke and denies any racist intention behind the sign or numbers.

The Louisville Police Department reports the sign has been taken down.

In a statement, CAIR-Colorado Acting Board Chair Krista Cole said:

“We may not know if the numbers are intentionally linked to racism and white supremacy, but the term ‘Thanks China’ is inappropriate and not justified even as a ‘joke.’ Asian-Americans are being targeted because of unjustified associations with the current pandemic. During this crisis, we must all stand against scapegoating and bigotry.”