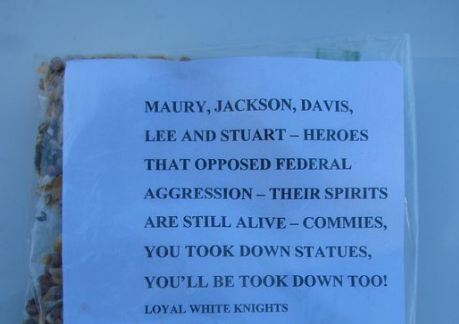 “The ongoing promotion of racism and white supremacy in Virginia and nationwide must be condemned by all Americans who value justice and national unity,” said CAIR National Communications Director Ibrahim Hooper.

Hooper noted that CAIR recently called for action to protect a family from racist harassment in Virginia.

He said the American Muslim community and CAIR stand in solidarity with all those challenging anti-Black racism, xenophobia, Islamophobia, anti-Semitism, white supremacy, and other forms of bigotry.