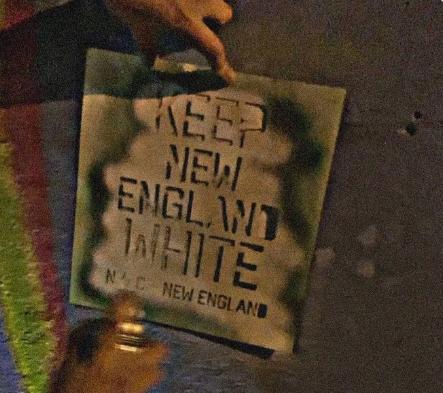 That neo-Nazi group said it left racist and anti-Semitic graffiti on a wall in Nashua, N.H. State Rep. Manny Espitia tweeted a photo of the racist graffiti, “Keep New England white.” The neo-Nazi group responded by posting a threatening message on the social media platform Telegram implying that only white people had a right to live in New Hampshire.

“We condemn this latest expression of the growing white supremacist hate we are witnessing nationwide, express our solidarity with Representative Espitia as he speaks out against that hate and urge all Americans to follow his example,” said CAIR National Communications Director Ibrahim Hooper.

He noted that yesterday, CAIR called on local, state and federal law enforcement authorities to investigate a threatening email sent to a North Carolina mosque.