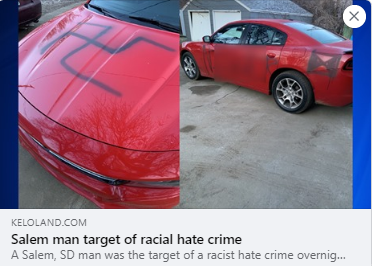 Vandals reportedly spray-painted a Nazi swastika, the “N” word and the Confederate flag on the vehicle.

“We condemn this apparently hate motivated attack and urge law enforcement authorities to offer the resources necessary to bring the perpetrators to justice,” said CAIR National Communications Director Ibrahim Hooper. “Local, state and national leaders must speak out against the disturbing rise of white supremacy and anti-Black racism we are witnessing nationwide.”

Hooper noted that yesterday, CAIR welcomed the removal of a confederate statue in Emporia, Va., and the plan to remove a confederate monument from Asheville, N.C.