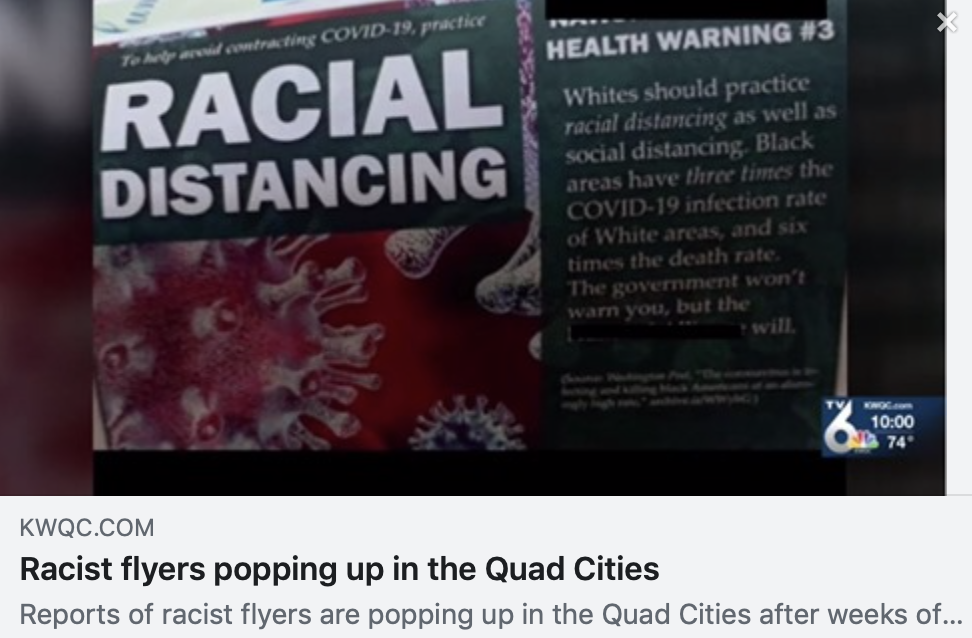 The flyer was reportedly found Thursday in parts of eastern Iowa, including Davenport and Bettendorf. The message was attached to a Washington Post article, bringing attention to the disproportionate infection and death rates of COVID-19 among African-Americans, and it encourages white people to practice racial and social distancing to help avoid contracting COVID-19.

SEE: Racist flyers popping up in the Quad Cities

CAIR also welcomed hate crime charges brought against a man arrested for KKK vandalism in Waterloo, Iowa, earlier this month. After video evidence emerged, police arrested a man in connection to a vandalism of a car that was marked with the letters “KKK” in Waterloo on June 5. The car belonged to a black woman.

“These racist incidents are an indication of the work all Americans must do to push back against rising bigotry and to challenge systemic racism,” said CAIR National Communications Coordinator Ayan Ajeen.

She noted that CAIR and the American Muslim community are standing in solidarity with all those challenging anti-black racism.

Earlier today, CAIR marked Juneteenth with the re-release of a short film, “In Their Footsteps: An American Muslim Civil Rights Journey.”