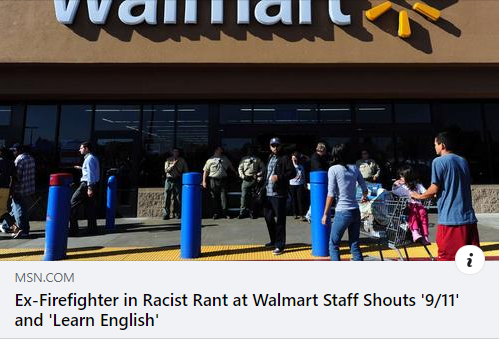 (WASHINGTON D.C., 8/6/2021) – The Council on American-Islamic Relations (CAIR) today condemned a racist rant targeting a Walmart employee in Nebraska and welcomed the removal of a monument with a racist history from the campus of the University of Wisconsin-Madison.

Three videos posted to TikTok on Tuesday show a man believed to be a former Los Angeles firefighter making racist remarks to an employee at a Walmart in Lincoln, Neb. “When you’re in America you better learn our language,” he told the woman. “It’s not Spain and it’s not Mexico.” When asked by the uploader of the video why he made the remarks, the man said “because they murdered 343 of my fellow firemen. That’s why. September 11th 2001.” The man also referred to himself as a “firefighter for Christ.”

On Friday, crews will remove a large boulder from the University of Wisconsin-Madison campus. The boulder, called Chamberlain Rock in honor of geologist and former university president Thomas Carter Chamberlain, has a controversial history. It was once referred to as n—–head rock in a State Journal headline from 1925, a time university historians say the Ku Klux Klan was active on the campus.

“The negative impact of systemic anti-Black racism and white supremacy continues to be felt across all segments of our society,” said CAIR National Communications Director Ibrahim Hooper. “We condemn all acts of bigotry and welcome all measures designed to challenge hate and erase the sad legacy of white supremacy.”