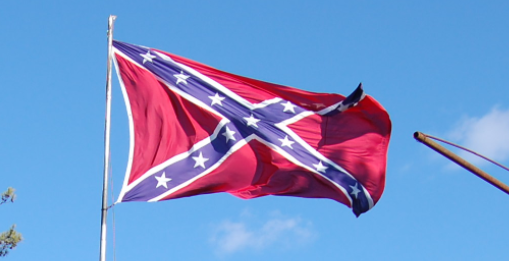 SEE: Will Trump, Confederate flags return to Cruisin’ The Coast?

CAIR National Communications Director Ibrahim Hooper said: “Systemic racism and white supremacy remain present in our society and continue to threaten members of minority communities. We condemn the flying of symbols of treason in Mississippi, just as we condemn all public displays of hate and bigotry.“

On September 17th, a student at Vermont’s Bellow Free Academy St. Albans received an image depicting three Ku Klux Klan members with the words “3 K’s a day keeps the n*****s away.” The student, whose mother is white and father is Black, reported the incident.

The school investigated but failed to find the perpetrator. The school resource officer was involved in the investigation as well but did not speak to the victim. The victim said administrators should have better communicated with other students about the seriousness of the incident. The victim’s parents said school officials told them there was nothing else they could do about the incident.

“We urge Bellow Free Academy to conduct a more rigorous investigation into the disturbing racist harassment of a student of color and urge schools nationwide to step up efforts to combat racism and white supremacy,” said CAIR National Communications Coordinator Ismail Allison.