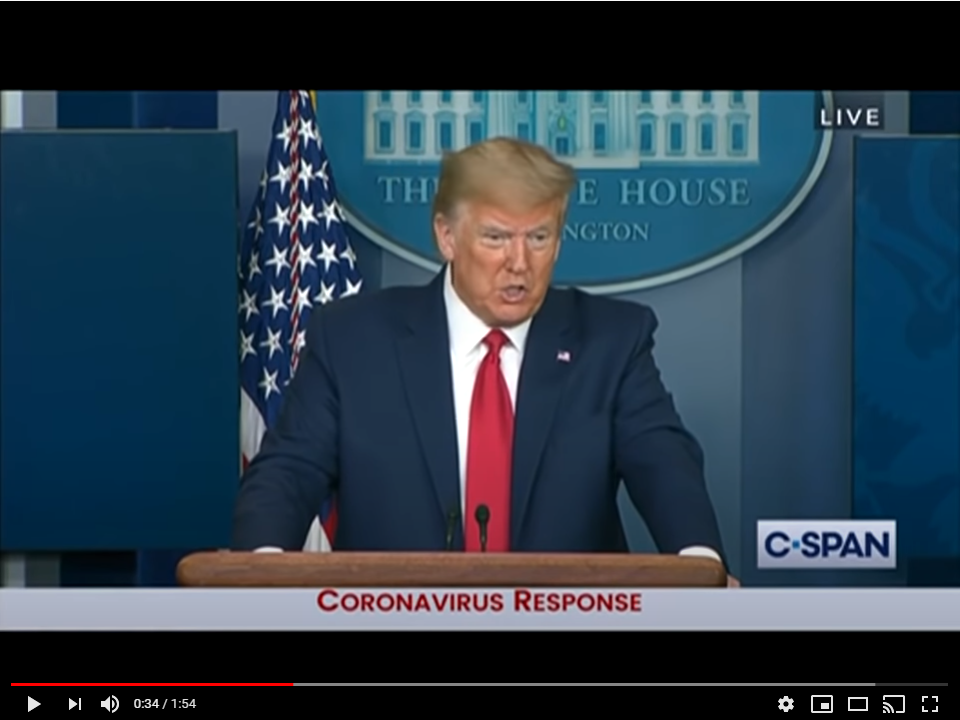 (WASHINGTON, D.C., 4/19/20) – The Council on American-Islamic Relations (CAIR), the nation’s largest Muslim civil rights and advocacy organization, today condemned President Trump’s promotion of a notorious anti-Muslim bigot’s tweet questioning whether U.S. mosques will be treated differently during the upcoming month of Ramadan than churches were treated during Easter amid the COVID-19 pandemic lockdown.

At the White House coronavirus briefing yesterday, Trump claimed without evidence that there “could be a difference” in how authorities enforce lockdown measures during Ramadan compared to how Christians were treated on Easter. He added: “And we’ll have to see what will happen. Because I’ve seen a great disparity in this country.”

“President Trump’s bigoted attempt to use American Muslims as a political football just before the holy month of Ramadan was as divisive as it was insulting.

“Mosques across our nation have already announced plans to remain closed indefinitely because the American Muslim community, unlike President Trump, recognizes the ongoing threat of the coronavirus.


“Furthermore, President Trump’s claim that American mosques — many of which have been protested, threatened, vandalized and even bombed in the years since he launched his first presidential campaign — receive preferential treatment compared to other faiths is an Islamophobic fantasy.

“Instead of fanning the flames of bigotry to distract the public from his own failures, the President should focus on combating the continued spread of the coronavirus.”

Awad also cited a statement by the Fiqh Council of North America that called on mosques and Islamic centers to “strictly follow the health and state official guidelines for social gatherings and distancing,” and to hold special nightly Ramadan prayers “at home within a family setting.”

Awad noted that CAIR has reported an unprecedented spike in bigotry targeting American Muslims, immigrants and members of other minority groups since the election of Donald Trump as president.

The Washington-based civil rights organization has also repeatedly expressed concern about his anti-Muslim rhetoric and the Trump administration’s Islamophobic, white supremacist and racist policies and appointments.