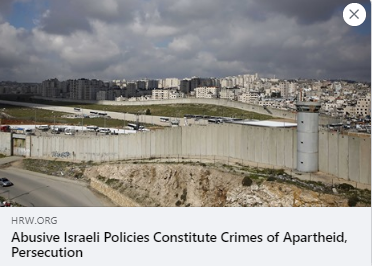 (HARTFORD, CT 5/19/2021) — Later today (6:30 P.M.), the Connecticut chapter of the Council on American-Islamic Relations will join a rally in support of the Palestinian people in Stamford Conn.

Rally participants will assemble at the Mill River Playground on West Main Street and march to the office of Congressman Jim Himes at the Stamford Government Center located at 888 Washington Boulevard.

The “Palestinian Lives Matter” rally is being organized jointly by CAIR-CT, the Bridgeport Islamic Cultural Center (BICC) and the ICCNY Islamic Center Masjid of Stamford to protest Israel’s bombing Gaza, which has killed more than 200 people including at least 68 children.

“We are calling on our friends and neighbors from all faith communities to show solidarity with the Palestinian people as they face death and destruction from an occupying force that possesses one of the most lethal militaries in world,” said Farhan Memon, board chair of CAIR-CT. “As citizens from all walks of life, we want our elected representatives to know that our tax dollars should not be funding Israel’s ethnic cleansing of Palestine.”

The latest round of violence comes after right wing Israeli settlers, supported by the government of Israel, are evicting Palestinians from East Jerusalem’s Sheikh Jarrah neighborhood. When Palestinians protested peacefully Israeli forces entered the Al Aqsa mosque during the holy month of Ramadan and used rubber bullets and stun grenades against worshippers injuring hundreds.

The United States Government provides more than $3.8 billion in military aid to Israel each year.

“It is a shame that our elected politicians close their eyes and don’t say a word,” said Khaled Elleithy, President of BICC. “Ethnic cleansing has been a persistent policy of Israel against the innocent Palestinians. Nevertheless, our tax dollars continued to support Israel.”

“President Biden says he is committed to human rights, but where are the human rights for the Palestinians?” asks Maher Hussein, President of ICCNY. “The historical displacement of Palestinians, including current Israeli efforts to remove Palestinian residents from certain parts of Jerusalem, violates international law and has led to this humanitarian crisis.”

For example, in 2013, seven Stamford police officers attended a course in Israel where they learned specialized tactics from the Israeli military and special operations units. The department has participated in several “anti-terrorism” follow-up sessions.

“We saw last year during the Black Lives Matters protest many occasions in which the police used excessive force against demonstrators, said Farhan Memon. “We don’t want the methods of the Israeli military and police being used in Stamford.”