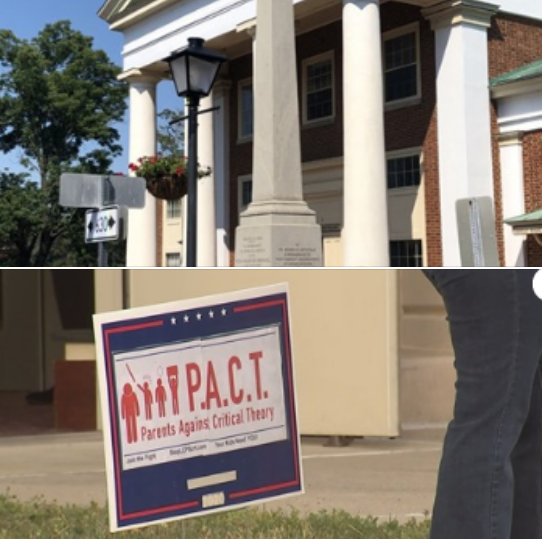 (WASHINGTON, D.C., 3/24/2021) – The Council on American-Islamic Relations (CAIR), the nation’s largest Muslim civil liberties and advocacy organization, today decried a delay in a decision to move a Confederate war memorial in Botetourt, Va. and supported an anti-racist curriculum in Virginia schools.

In Virginia, the Botetourt County Board of Supervisors decided to delay a decision to relocate a Confederate war monument outside the county’s courthouse. The monument was built in 1904 and honors the Confederacy. At the public hearing regarding the monument’s future, no one spoke in favor of relocating the monument.

Botetourt Board of Supervisors tables decision on moving Confederate monument

Previously CAIR supported the removal of the monument in Fincastle, Va.

In Virginia’s Loudoun County Public schools, there is a debate about whether or not Critical Race Theory should be taught to students. Two parent groups are at odds about how to approach the matter. In December of 2020, the school district paid more than $50,000 to implement race-informed curriculum attempting to counter systemic bias in education.

SEE: Virginia county spends nearly half a million on race programs for schools

“The state of Virginia should rid itself of all vestiges of the legacy of systemic anti-Black racism and white supremacy promoted and defended by the Confederacy,” said CAIR National Communications Director Ibrahim Hooper. “Only through the repudiation of racism and the teaching of the systemic nature of white privilege can we move forward together as a state and a nation.”