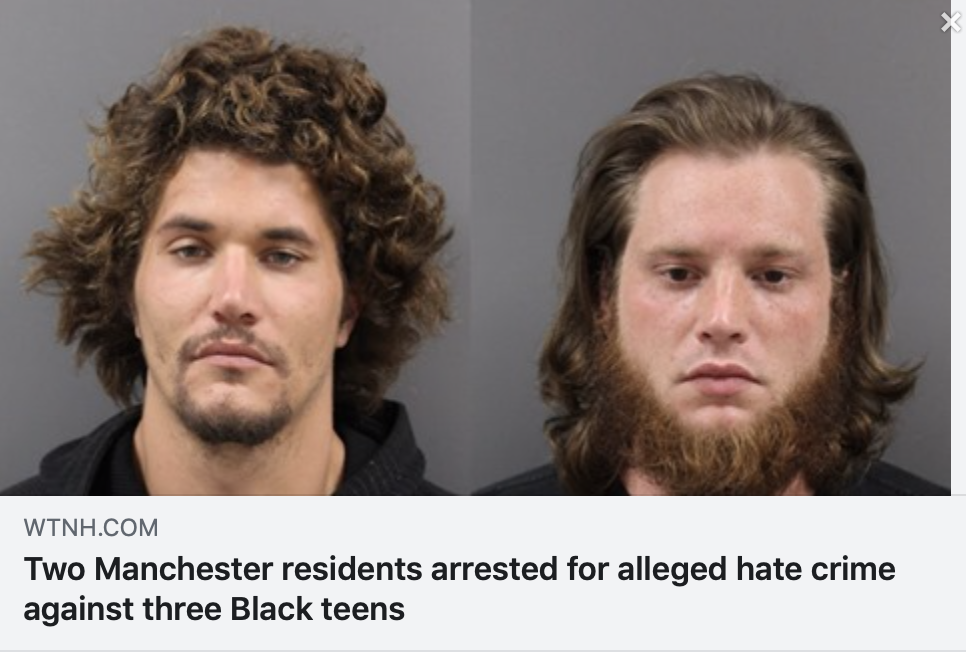 (Hartford, CT, 6/24/20) – The Connecticut chapter of the Council on American-Islamic Relations (CAIR-CT), the nation’s largest Muslim civil rights and advocacy organization, today demanded hate crime charges against those responsible for running three Black teens off the road in Manchester, Conn.

The three African American teens were riding their bikes when they were followed by a truck that ran off the road almost hitting one of the bike riders in the area of Main Street and Middle Turnpike East. One of the individuals in the vehicle yelled racial slurs at the teens before getting out of the truck to run after them. One of the men stole one of the bicycles that had been left behind as the teens fled.

Matthew Lemelin, 27, and Michael Lemelin, 28, of Manchester CT, were arrested on a total of 9 criminal charges including two risks of injury to a minor, and one count of intimidation based on Bigotry or Bias in the Second Degree against Mathew Lemelin for the alleged assault of three teenage African Americans.

CAIR-CT also condemned racist insults against an African American child and his father in Coventry. A 9-year-old was riding a bike around an apartment complex when a man called the young boy a derogatory word. The man then used the “n” word against the child’s father when confronted about the incident.

“Based on the reported nature of the assault on the youth, Facebook accounts from family members, and statements made following this alleged attack, local and state law enforcement authorities must consider bringing hate crime charges against not just one, but both of the alleged assailants,” said CAIR CT Executive Director Tark Richard Aouadi.

He added that CAIR has reported an increase in hate rhetoric and bias-motivated incidents targeting American Muslims and other minority communities since the election of President Trump and more so since the beginning of the COVID-19 pandemic and the murder of George Floyd.