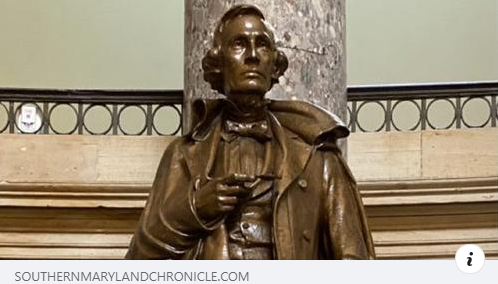 Rep. Hoyer and a group of House Democrats sent a letter to Senate Majority Leader Chuck Schumer urging the Senate to pass a bill that would remove Confederate and white supremacist statues from the U.S. Capitol. The bill, first passed by the House in July 2020 and then again in June 2021, would remove a bust of pro-slavery former Chief Justice Roger Brooke Taney and 13 other Confederate and white supremacist figures from the Capitol’s National Statuary Hall. “The House has now advanced our legislation twice,” the group wrote to Schumer. “We would hope that the Senate would now move this legislation. Every moment we delay is a missed opportunity to correct historical wrongs.”

“Monuments to white supremacy, slavery and treason do not belong in any public space, let alone the seat of our democracy,” said CAIR’s Maryland Director Zainab Chaudry. “We call on the Senate to pass this bill and support all efforts to remove symbols of racism and hate from our nation’s institutions.”

Chaudry noted that CAIR has supported the bill to remove Confederate and white supremacist statues from the U.S. Capitol.