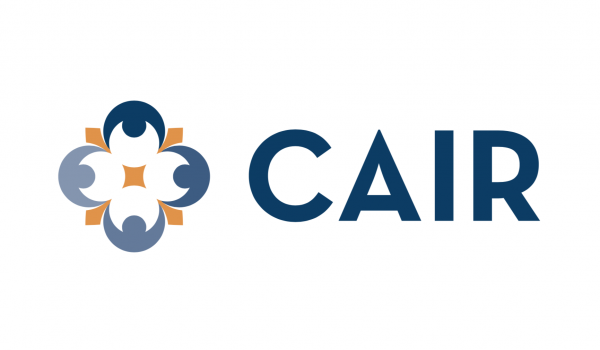 (WASHINGTON, DC., 3/25/20) – The Council on American-Islamic Relations (CAIR) joined fellow members of the Policy Committee of National Muslim COVID-19 Taskforce in a letter to U.S. House and Senate leadership calling on Congress to take action to finalize “Phase 3” legislation responding to the novel coronavirus (COVID-19) – that includes at least $150 billion in direct aid to states for fiscal relief as they deploy their resources to address critical health needs of children, families, and the most vulnerable in our nation, and absorb the related economic crisis.

[Note: CAIR also joined the Policy Committee of National Muslim COVID-19 Taskforce in sending a pair of letters to Vice President Mike Pence and Secretary of Health and Human Services Alex Azar calling on the Trump administration to “increase the production and availability of testing kits nationwide and provide more medical resources and personal protective equipment (PPE) for our hospitals and healthcare workforce” by “immediately invok[ing] the DPA​​ to its full potential​ to direct American companies to mass manufacture medical supplies.”

The text of the letter is below:

As Congress takes action today to finalize “Phase 3” legislation responding to the novel coronavirus (COVID-19) the undersigned American Muslim organizations, who are dedicated to protecting the health of children, families, and the most vulnerable in our nation, strongly urge Congress to move legislation forward that includes at least $150 billion in direct aid to states for fiscal relief as they deploy their resources to address critical health needs and absorb the related economic crisis.

The United States is facing a public health emergency greater than any we have seen in several generations. Moreover, the virus and the necessary social distancing measures made necessary to cope with its spread are already having profound impacts on the economy. Many experts warn our country may experience a deep recession. Additional state fiscal relief funding is critically needed to address public health demands, give states financial resources to cover COVID-19 related needs and help states absorb the economic impact of this crisis, including preventing major state budget cuts and massive layoffs in state and local governments at the worst possible time.

We also urge Congress to act swiftly to enact an additional, emergency increase of 12 percent to Federal Medicaid matching funds. These dollars would provide essential support to states as health care services are sought by the tens-of-millions of children, parents, vulnerable low-income populations, people with disabilities, and seniors that rely on Medicaid for health care services.

Medicaid is the largest source of federal funds spent by states: 48 percent of all federal funds spent by states come from the Medicaid program. One of the most impactful things Congress can do is increase the federal share of Medicaid funding for states. Governors appreciate the Families First Coronavirus Response Act, with an increase of Federal Medical Assistance Percentage (FMAP) by 6 percent to states. However, this falls short of what states will need. Longer-term, automatic and more robust increases in FMAP are needed as states and territories rapidly respond to COVID19, including funds for states and territories that expanded Medicaid.

Our requests are on behalf of the people of this nation and are not rooted in political ideology. That is why these urgent recommendations also were proposed and supported by the nation’s Governors on a bi-partisan basis.

Congress must take immediate action. Public health experts both within and outside of the federal government warned that the virus outbreak is likely to substantially worsen in the coming days and weeks. The downstream economic effects are only beginning to be felt. We implore Congress to act swiftly to address these priorities.

Therefore, the National Muslim Task Force in response to the COVID-19 crisis requests an increase of FMAP to at least 12 percent, which many states received under the 2009 American Recovery and Reinvestment Act, to include Medicaid expansion states. Additionally, the Medicaid Fiscal Accountability Rule should be eliminated in the face of this unprecedented public health and economic challenge.