CAIR-Kentucky Calls for Removal of Confederate Flag Flying Outside Courthouse 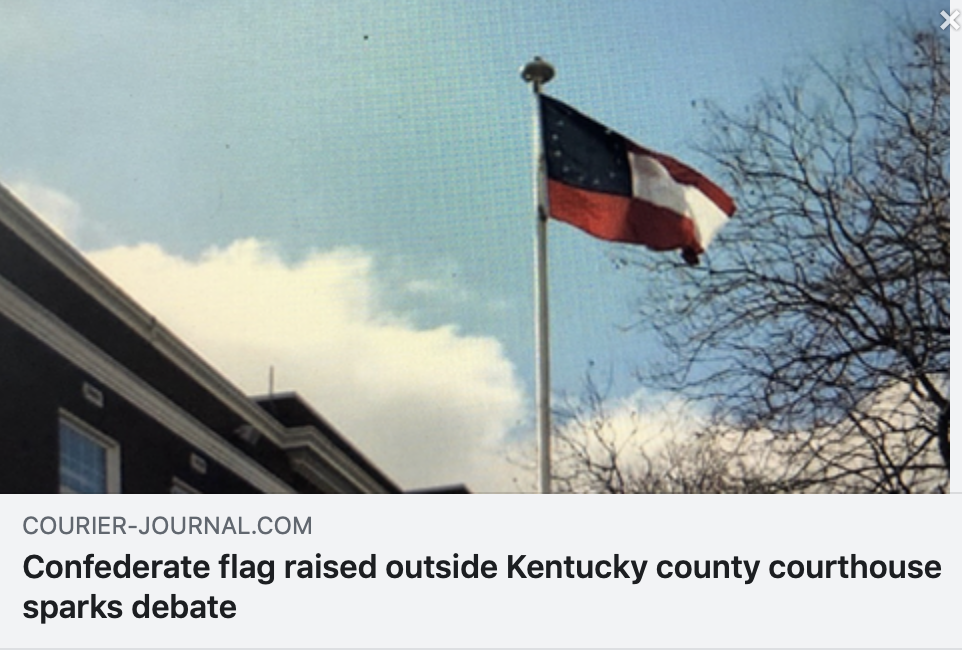 (LEXINGTON, KY, 4/3/20) – The Kentucky chapter of the Council on American-Islamic Relations (CAIR-Kentucky), a chapter of the nation’s largest Muslim civil rights and advocacy organization, today called for the removal of a Confederate flag outside of the Marshall County courthouse in Western Kentucky.

Marshall County Judge-Executive reportedly approved the flag’s installation, citing the past presence of other monuments and flag poles on the courthouse lawn.

“As an African-American, the Confederate flag is to me a painful reminder of a period in America’s darkest history when a bloody war was fought to keep my ancestors enslaved and considered less than fully human.

“In recent years, I have witnessed fellow Kentuckians—politicians and lay people of all races and political affiliations — raise their voices to make it clear that most Kentuckians feel that Confederate statutes should no longer hold places of honor in public space—a clear statement that we are moving past reverence of those hateful symbols of the past.

“It is my hope that we will call on our better angels and again say, loudly and clearly, that symbols of the Confederacy—including the Confederate flag—have no home in Kentucky’s public space; and that we as Kentuckians are joined in our commitment to remove from public space all symbols that are vestiges of our darkest history.”

She noted that CAIR has called for local governments throughout the nation to remove all Confederate symbols from public spaces.