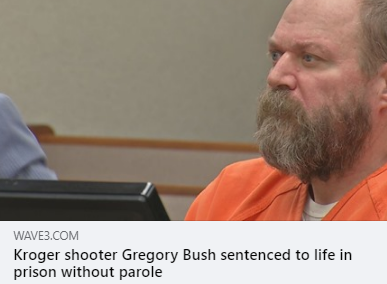 (WASHINGTON, D.C., 12/16/2020) – The Kentucky chapter of the Council on American-Islamic Relations (CAIR-Kentucky), the nation’s largest Muslim civil liberties and advocacy organization, today welcomed the sentencing of Gregory Bush, who killed two Black Americans at a Kroger grocery store in Louisville, Ky., in 2018.

Bush pleaded guilty but mentally ill and was sentenced to serve a life sentence without parole.

CAIR-Kentucky is advocating for the charges to be included under hate crime status, but it is still pending. Kentucky law does not stipulate enhanced punishment for hate crimes.

In 2018, CAIR-Kentucky called on federal government to pursue the crime as an act of hate.

Prior to killing the couple at the grocery store, Bush attempted to access a Black Church although the gate was locked.

“CAIR-Kentucky welcomes this sentencing at a time when Black Americans are struggling for racial justice and seek to make a reality of the fact that their lives are equally as valuable and worthy of the same protection as others under the law. The struggle for racial justice is a struggle that America must win if we are to live up to the best ideals of our nation.”