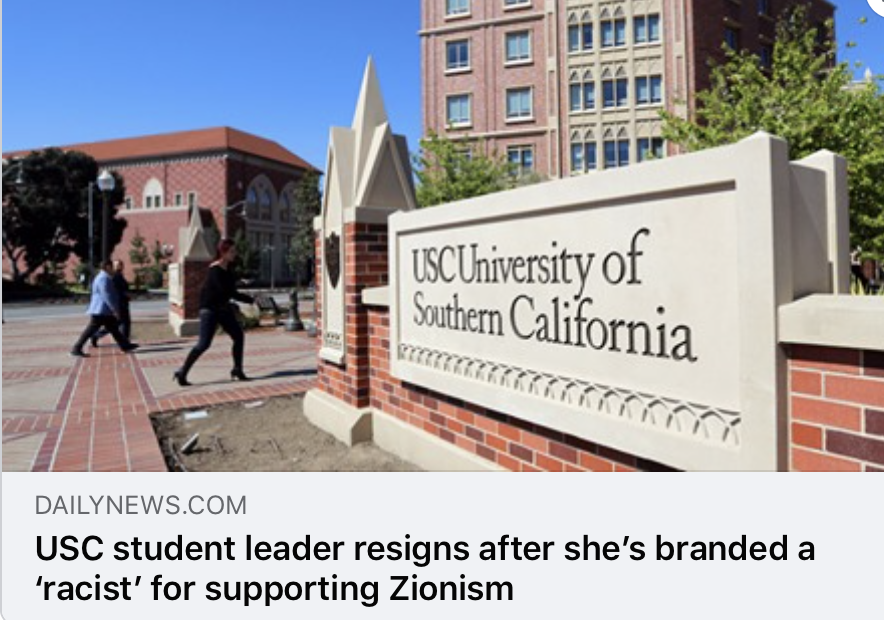 (LOS ANGELES, CA – 8/18/2020) – The Greater Los Angeles Area office of the Council on American-Islamic Relations (CAIR-LA) today called on the administration at the University of Southern California (USC) to protect free speech, specifically students speaking in opposition to or in critique of Zionism as a political ideology and project.

According to the Los Angeles Daily News, after a student leader resigned from office on Aug. 5, claiming she was the target of anti-Semitic attacks stemming from her support for Zionism, USC President Carol Folt sent a letter to the campus community, falsely equating criticism of Israel and Zionism with anti-Semitism.

In a letter to Folt, CAIR-LA Civil Rights Managing Attorney Amr Shabaik commended the university for publicly stating that USC is opposed to anti-Semitism and is striving to have a campus culture that is truly inclusive and respectful of racial and religious diversity and of different cultural backgrounds and beliefs.

“By conflating the two, your letter, whether intentionally or not, is in line with a larger effort to silence any individuals or groups on U.S. campuses who voice opposition to Israeli policy or politics, opposition to Israel’s discriminatory apartheid practices against Palestinians, or support for the dignity and self-determination of Palestinians,” Shabaik wrote.

Shabaik said the effort to silence this discussion and advocacy is a direct assault on free speech and the free exchange of ideas at USC.

“It is imperative that USC maintains a campus environment where students, faculty, and the public at large can engage in critical discussions of all topics, including potentially sensitive or politically charged issues of Islamophobia, Zionism, and white supremacy,” he wrote.

“Here in the US, the weaponization of charges of antisemitism has taken the form of blacklists and surveillance of anti-Zionist college students, especially Palestinian, Black, Muslim, and Arab students, endangering the lives and career prospects of hundreds of students of color with a fraction of the public outrage that this latest controversy has caused.”