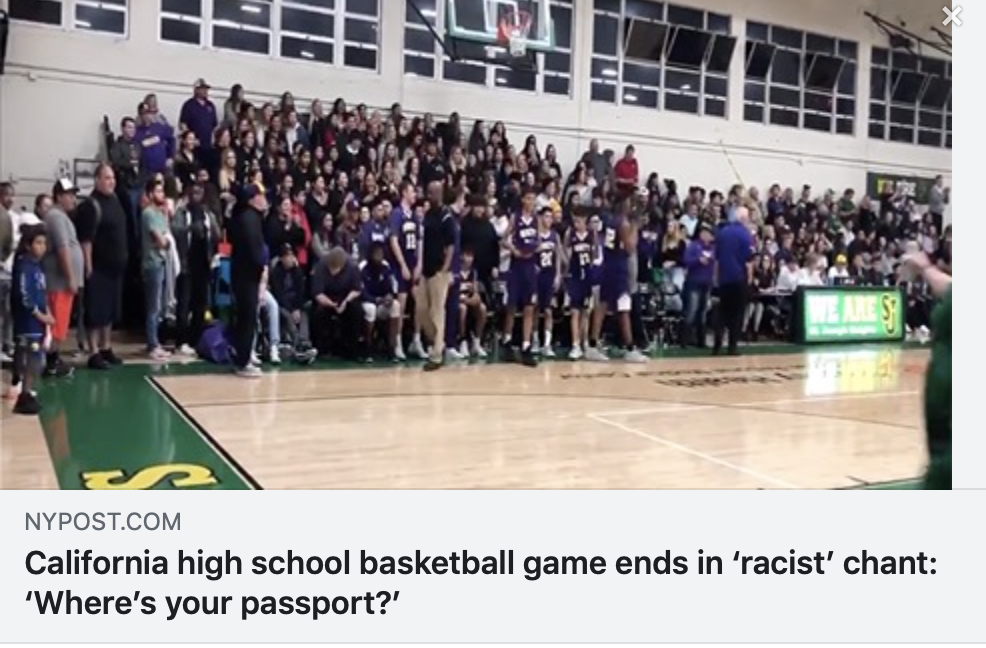 According to the New York Post, supporters from visiting Righetti High, which lost 74-57, began chanting, “Where’s your passport?” towards the end of the game, held on Feb. 11.

Three players on St. Joseph’s are from Puerto Rico — a US territory — and one is from France,

According to the Santa Maria Times, the chanting also occurred last month when the teams played at Righetti.

In a statement, the Santa Maria Joint Union High School District said there were “unacceptable comments” from both student sections and the incident is being addressed by officials from the district and Righetti.

“These incidents are not coincidental. As anti-immigrant hate has increased exponentially over the past few years, we have warned against the danger of how normalizing hate speech leads into hate threats and hate attacks.

“This hate has filtered down to the scholastic level and that is completely unacceptable, whether it is the president tweeting that four members of Congress should ‘go back’ where they came from or high school students yelling ‘Where’s your passport?’

“We call on the Santa Maria Joint Union High School District to repudiate these incidents of bigotry and to address the issue of intolerance with the student body.”