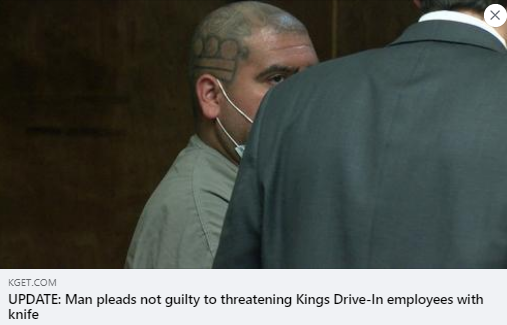 According to media reports, Adrian Aceves, 33, of Bakersfield, approached several King’s Drive-In restaurant employees on July 7 and questioned them regarding their nationalities. When one employee answered that he was Arab, the suspect brandished a knife and revealed a desire to harm the victims, whom he referred to as “terrorists.”

BPD: Man arrested on suspicion of hate crime at drive-in

The Bakersfield Police Department arrested the suspect for criminal threats and the commission of a hate crime, as well as a pre-existing arrest warrant for violation of Post Release Community Supervision.

“No one should be accosted and threatened at their place of employment because of their race or ethnicity. We condemn this apparently bias-motivated crime and are grateful to the Bakersfield Police Department for its quick and professional response.”