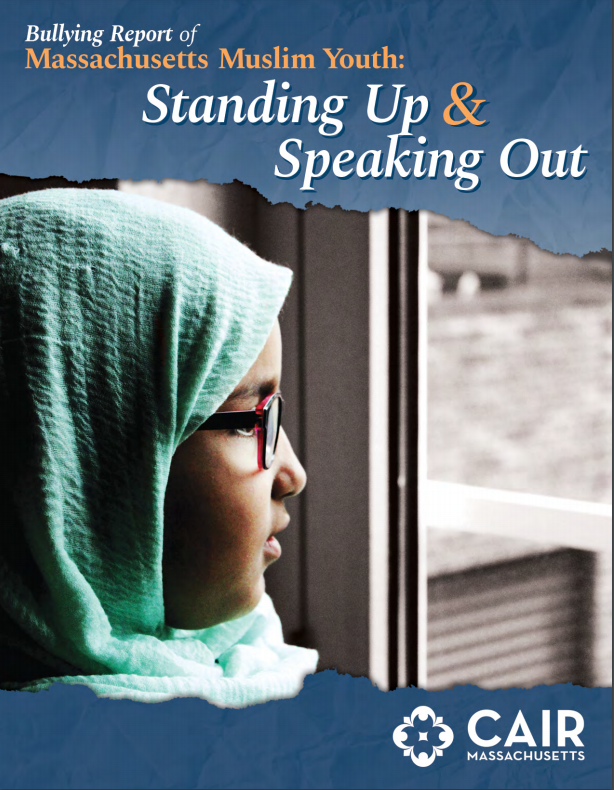 (BOSTON, MA, 05/03/21) – On Tuesday, May 4, the Massachusetts chapter of the Council on American-Islamic Relations (CAIR-MA), the largest Muslim civil rights and advocacy organization in the United States, will hold a virtual news conference to discuss the release of the first-ever report of Muslim high school students’ experiences of racially and religiously-motivated bullying in Massachusetts titled “Massachusetts Muslim Youth: Standing Up & Speaking Out.”

Reporters are encouraged to post questions in the comments section, which will then be answered live.