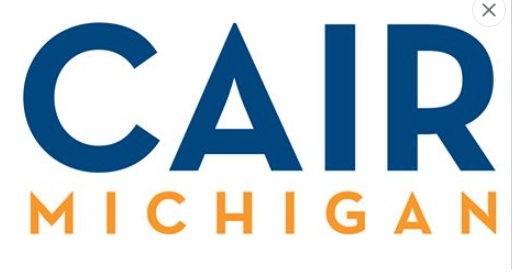 (CANTON, MI, 12/14/2020) – The Michigan chapter of Council on American-Islamic Relations (CAIR-MI), a chapter of the nation’s largest Muslim civil rights and advocacy organization, today filed a lawsuit in the federal court for the Eastern District of Michigan on behalf of Muslim and Moorish Science women who are being housed with the Michigan Department of Corrections (MDOC) and have their photographs taken and published on MDOC’s public website, OTIS, without their hijab (religious head scarves). [NOTE: The Moorish Science Temple of America is a religious organization.]

CAIR-MI’s lawsuit, which is seeking class certification, is co-counseled by the MSU Law Civil Rights Clinic.

Muslim and Moorish Science women who observe the hijab must wear it at all times while in public or in the presence of men to whom they are not closely related. MDOC houses dozens of Muslim and Moorish Science women, primarily at their Women’s Huron Valley Correctional Facility (WHV) in Pittsfield Township, Mich., who have repeatedly been forced to remove their hijab for an identification photograph.

The women’s photograph is then kept in a permanent public database and published on MDOC’s website. The women are also required to have this photograph placed on their MDOC identification card which they are required to present to male and female guards and staff.

The lawsuit alleges that MDOC has violated the Muslim and Moorish Science women’s rights under the Free Exercise Clause of the First Amendment, Religious Land Use and Institutionalized Persons Act (RLUIPA) and the Michigan Constitution. The women are seeking declaratory relief, a permanent injunction against MDOC’s discriminatory photograph policy and damages.

Since 2017, CAIR-MI has received multiple complaints from women housed at the WHV about MDOC’s photograph and identification policy and has attempted to reach out to the chaplain and warden at the WHV as well as to multiple administrators at the MDOC’s Lansing office. MDOC has not responded to single request of CAIR-MI to open a dialogue about this issue prompting CAIR-MI to file litigation to enforce the rights of Muslim and Moorish women.

“MDOC’s current operational procedure relating to photos of Muslim women in its custody clearly violates their sincerely held religious beliefs, which are protected under federal law,” said CAIR-MI Executive Director Dawud Walid. “It is unfortunate and ironic that MDOC, which holds Americans in its custody for legal violations, is not following the law when it comes to reasonably accommodating the religious rights of Muslims.”

“MDOC’s photograph policy requiring women to remove their religious head covering for identification photographs that are then published on a public website is not only an affront to the sincerely held religious beliefs of Muslim and Moorish Science women, but also substantially out of step with prevailing state and federal norms related to identification photos,” said CAIR-MI Staff Attorney, Amy V. Doukoure. “We see no legitimate government or law enforcement interest in the publishing of our client’s photographs in violation of their sincerely held religious beliefs for all the world to see.”

This lawsuit is the latest in a series of lawsuits in which CAIR-MI seeks to protect the religious liberties of incarcerated and detained individuals. CAIR-MI recently settled a case against Macomb County Jail for their denial of Kosher meals to a Jewish man being housed in the Jail. CAIR-MI is currently seeking class certification in another lawsuit against MDOC for Muslim men who desire to wear the kufi, a type of cap worn by men of the Muslim faith, while being housed at MDOC.