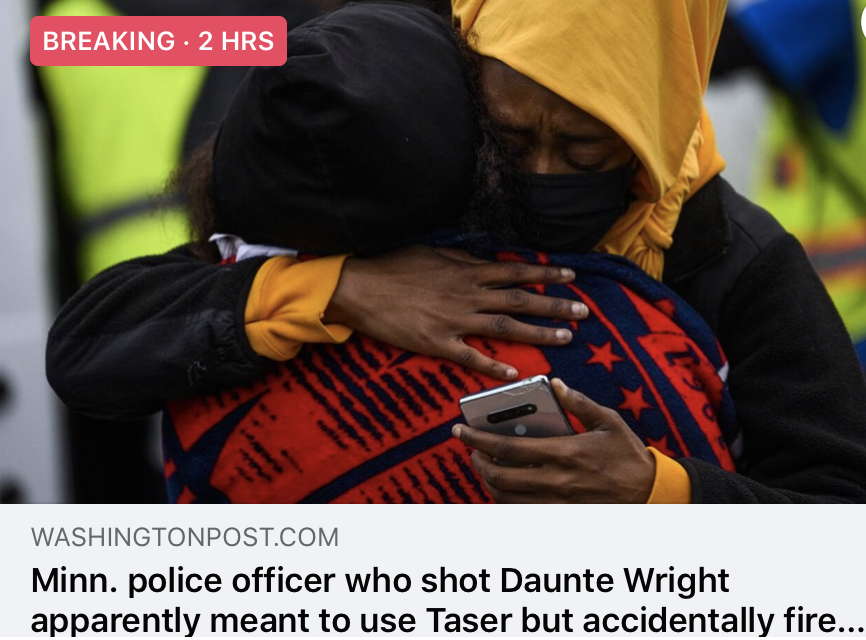 (MINNEAPOLIS, MN, 4/12/2021) – – The Minnesota chapter and national office of the Council on American-Islamic Relations (CAIR) today called for the immediate termination of the Brooklyn City police officer who shot and killed Daunte Wright during a traffic stop on April 11th.

In a statement, CAIR also condemned the use of rubber bullets and other dangerous tactics against protesters last night, and called for the resignations of both the Brooklyn City police chief and city manager.

During a press conference today, city officials played body camera footage that showed officers struggling to arrest Wright as he attempted to climb back into a car. A female officer shouts warnings that she is about to taser Wright but she instead fires her gun. Wright drove away, but later crashed and died of his gunshot wound.

The responsible officer has been placed on administrative leave, but both the city manager and police chief insisted during today’s press conference that she could not be fired until due process takes place.

“We demand the immediate termination and prosecution of the Brooklyn Center officer responsible for shooting Daunte Wright. Delaying her termination adds insult to injury and risks further unrest in the community.”

“Wedemand the termination of the chief of police and the city manager. The excessive force used against children last night is inexcusable. We need the chief of police to be terminated for turning off the lights at the police station and ordering tear gas and other projectiles thrown at the nearby residential buildings and especially at children. We need to do better and we deserve better leadership.”