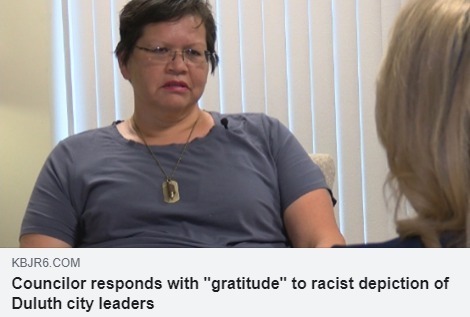 CAIR-MN condemned the use of Native American stereotypes and called for “appropriate” action to be taken.

“We denounce this racist, hate-filled stereotyping targeting Native Americans and stand in solidarity with Councilor Renee Van Nett and with the Native American community. This showcase of hate led by bigots is why we must continue to show up and dismantle hate in Duluth, across the state of Minnesota and nationwide,” said CAIR-MN Executive Director Jaylani Hussein.