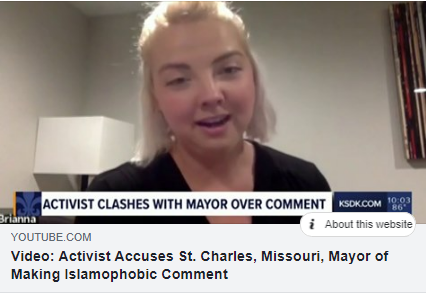 (WASHINGTON, D.C., 6/10/20) – The Council on American-Islamic Relations (CAIR), the nation’s largest Muslim civil rights and advocacy organization, today called for dialogue with a mayor in that state who falsely claims Muslims in Minneapolis, Minn., are seeking to enact Islamic principles into law.

In response to a question about the comment from local media, the mayor said:

“I merely pointed out that I knew Minneapolis, and the particular situation in Minneapolis was that it was very strongly Muslim, in downtown anyway, and that I heard that in other markets like Dearborn and places like that, that they’re proposing Sharia law in some of those places.” “Like I said, who knows if there’s a heavy Hispanic population someplace and they defund the police, what is the alternative to defunding the police?”

“Mayor Borgmeyer obviously holds stereotypical views based on misinformation about Islam and the American Muslim community. We believe he would benefit from meeting and engaging in dialogue with ordinary Missouri Muslims who can offer him balanced and objective information about their faith and their experiences as members of a religious minority. We offer to arrange that dialogue with community members at the mayor’s convenience.”

Memon noted that CAIR recently called on Missouri law enforcement authorities to investigate the vandalism of a black woman’s car in Springfield, Mo., as a possible hate crime.

He added that CAIR and the American Muslim community are standing in solidarity with all those challenging anti-black racism.