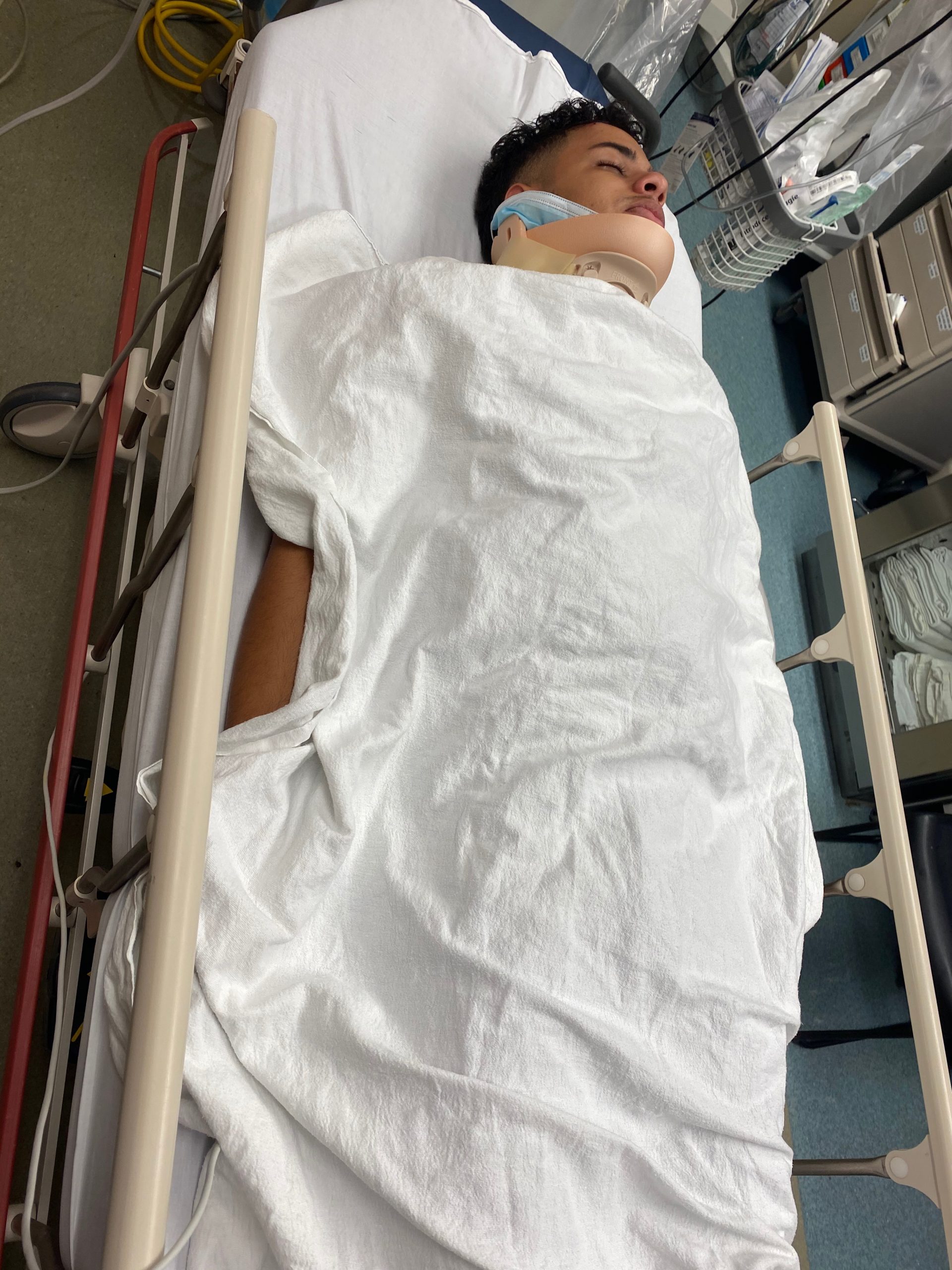 Alleged attacker reportedly shouted, ‘go back to your country you piece of sh*t,’ ‘you f***ing sand ni***r,’ ‘f***ing Arabs’

(NEW YORK, NY, 8/19/2020) – The New York chapter of the Council on American-Islamic Relations (CAIR-NY), the nation’s largest Muslim civil rights and advocacy organization, today called on the NYPD to initiate a hate crime probe after a teenager was allegedly assaulted with a baseball bat in an anti-immigrant, anti-Arab, and racially charged attack. The incident reportedly occurred August 13 in Staten Island.

The victim of the alleged hate crime is Tarek Elsayed, an 18-year-old Egyptian-American. According to the victim, he was leaving Dartmouth Loop in his car when the assailant, a middle-aged male, approached him and called him a “sand n***er.” The assailant then punctured Elsayed’s rear passenger tire and began walking to his driver side with a baseball bat, unbeknownst to Elsayed.

PHOTOS OF VICTIM AFTER ASSAULT:

As Elsayed exited his car to check his tire, the assailant allegedly struck him with a baseball bat in the head and forearm. Elsayed became disoriented and fell to the ground.  The assailant reportedly attempted to strike Elsayed again with the baseball bat. Elsayed was able to get away, though the assailant chased him for a distance. During the incident, the assailant told him: “I’ll break your f***ing jaw,” “go back to your country you piece of sh*t,” “I know where your friends live,” and “you f***ing sand ni***r.”

A large crowd assembled at the scene of the assault, including Elsayed’s friends, and waited for the police. The assailant reportedly continued to curse Elsayed and his friends with epithets and threats such as “sand ni***rs,” “f***ing Arabs,” “I’m going to kill you,” and “I’m going to get my people to take care of you.”

The assailant was arrested, and Elsayed was taken by ambulance to a local hospital. He suffered a broken forearm and head injury—among other injuries.  In a previous interaction, the assailant made similar epithets and threats directed at Elsayed and his friends.

“This brazen attack on a teenager is disturbing and has no place in our city.  No one should be attacked or live in fear because of their race or ethnicity. The assailant made his motives very clear and the NYPD needs to open a hate crime investigation.”

Last week, CAIR-NY called on the NYPD to initiate a hate crimes probe after a teenage woman wearing a hijab was assaulted with a bottle of urine and Islamophobic slurs.