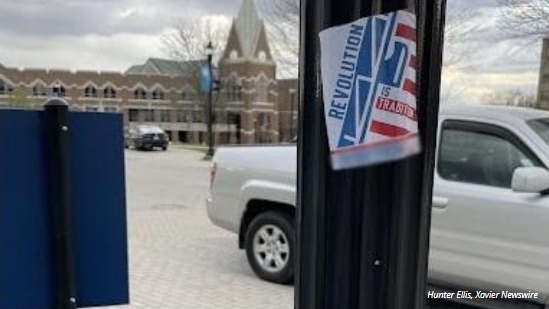 On Wednesday night, university police responded to a call reporting the slashing of a Black Lives Matter banner hanging from a chapel, the destruction of signage, and the placement of stickers promoting a white supremacist group. Security camera video captured images of the suspects, who wore face coverings during the attacks. The vandalism is reportedly the latest in a series of white supremacist attacks targeting the university since January 2021.

“We condemn this disturbing and hateful attack, and we stand in solidarity with the students and faculty of Xavier University,” said CAIR-Ohio Outreach and Government Affairs Director Whitney Siddiqi. “It is essential that communities in Ohio and nationwide come together to oppose the rising tide of racism and bigotry, and that law enforcement authorities crack down on bias-motivated crimes.”

She said the American Muslim community and CAIR are standing in solidarity with all those challenging anti-Black racism, xenophobia, Islamophobia, antisemitism, and white supremacy.