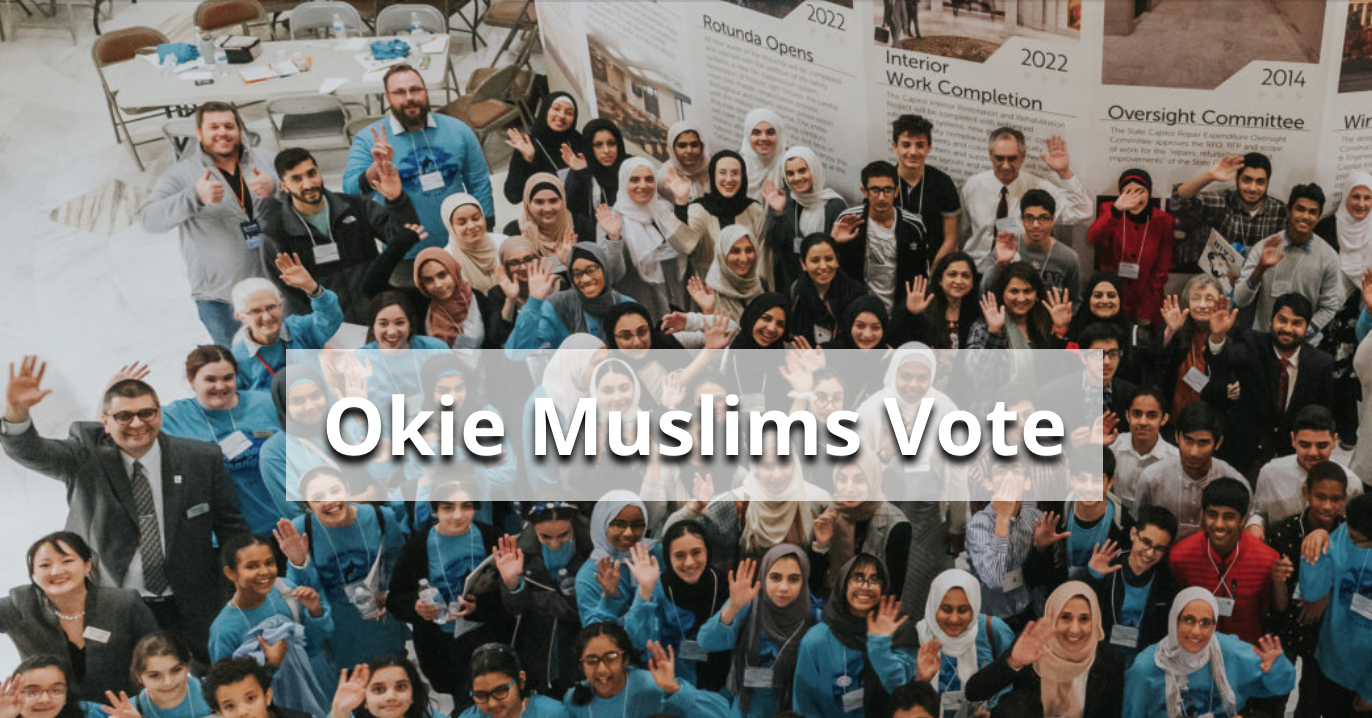 (OKLAHOMA CITY, OK, 9/30/2020) – The Oklahoma chapter of the Council on American-Islamic Relations (CAIR-OK) today released a 2020 General Election Candidate Guide and State Question Guide that offer resources to assist Oklahoma Muslims as they prepare to vote in the November election.

This guide outlines each candidate’s political platforms and issue stances as well as individual candidate answers to exclusive surveys created by CAIR-OK.

This release also includes a guide on the State Questions which will be on all Oklahoman’s November ballots.

The State Question guide includes CAIR-OK’s recommendations on the state’s ballot propositions. As a nonprofit organization, CAIR-OK cannot campaign for or against specific candidates for office but is able to endorse ballot measures.

These General Election guides are part of CAIR-OK’s voter empowerment and mobilization efforts. In addition to the distribution of the election guides, CAIR-OK’s efforts include registering voters, hosting virtual Coffee with the Candidates interviews, and holding “know your rights” education webinars.

“In this critical election, it’s important for voters to know the platforms and values of their candidates and learn about the ballot propositions that will impact us for years to come. Having this information empowers community members to take part in their constitutional right to vote.”

“Oklahoma is home to more than 40,000 Muslims who deserve elected officials and policies that work for them. With the CAIR-OK General Election Guides, we hope to empower the Muslim community to continue to make informed voting decisions and ensure that our representatives know that we are both present and engaged.”