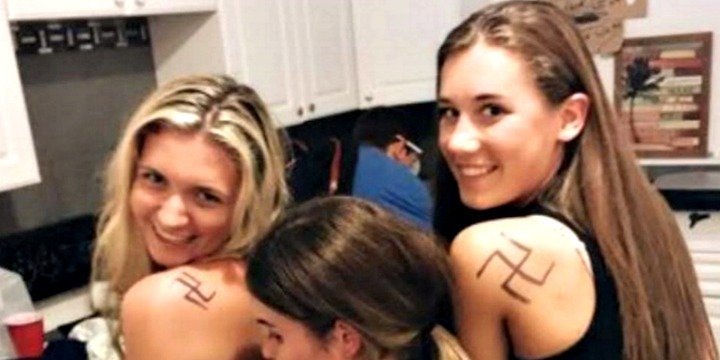 (PITTSBURGH, PA, 6/5/2020) — The Pittsburgh chapter of the Council on American-Islamic Relations (CAIR-Pittsburgh), the nation’s largest Muslim civil rights and advocacy organization, today called on Penn State University to expel a student over a social media post showing a Nazi swastika.

The photo was posted on Monday and showed the student, who has been identified along with two unidentified friends, looking over their shoulders and smiling at the camera. Two of those shown were wearing hand-drawn Nazi swastikas on their shoulders.

“The Nazi swastika is a symbol of terror and oppression. It is a symbol of hate, fear, anti-Semitism, and white supremacy. We as a community, do not accept that kind of hatred. We urge Penn State University to put the safety of its students first by showing the community that these twisted views are not a reflection of the values they accept. Our state’s Muslim community will continue to stand against hatred and bigotry.”