CAIR, CAIR-Georgia Remember John Lewis as a Civil Rights Hero Who Stood Against Injustice Across Decades and Generations 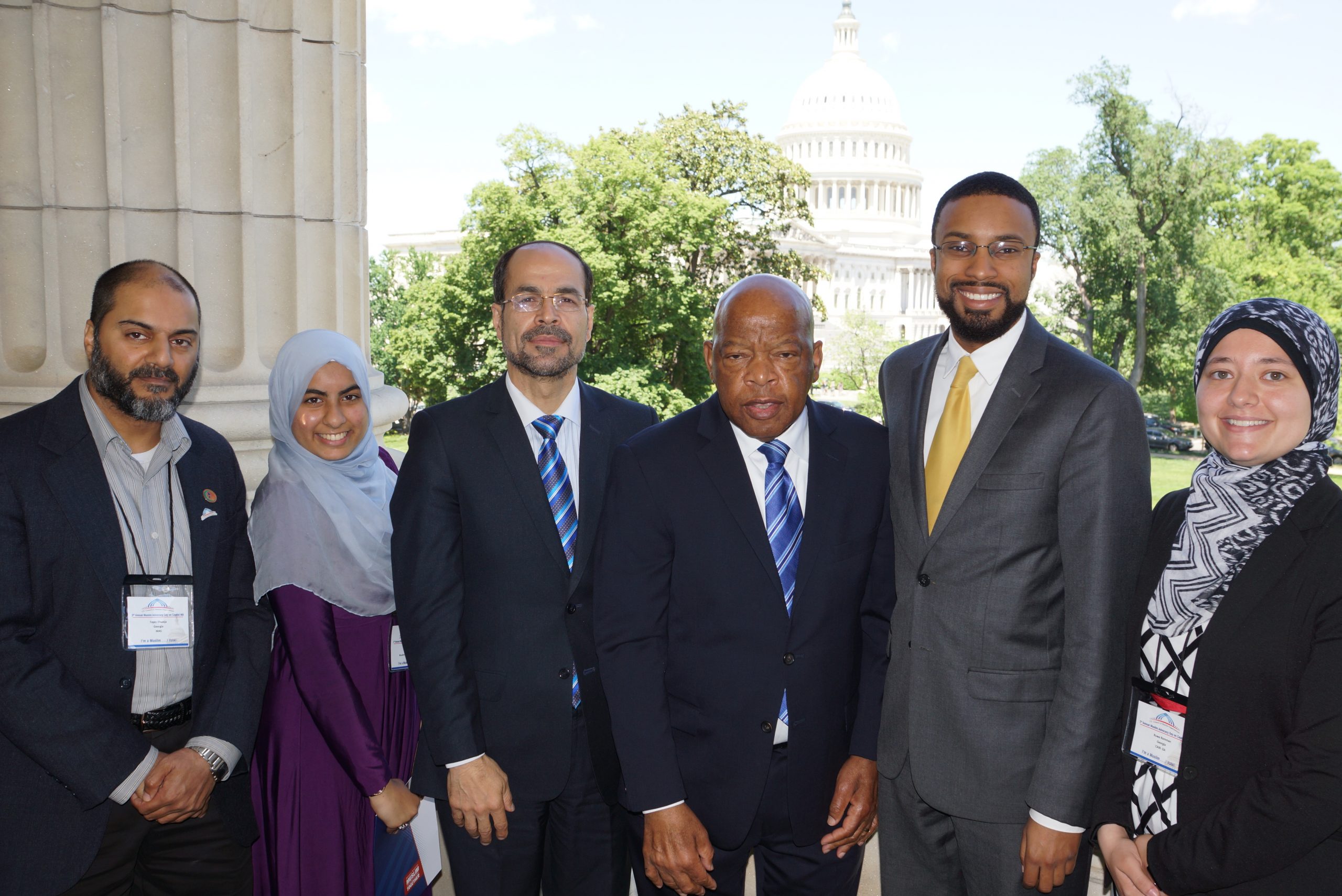 (WASHINGTON, DC – 7/18/2020) — The national and Georgia offices of the Council on American-Islamic Relations (CAIR), the nation’s largest Muslim civil rights and advocacy organization, today extended condolences to the family of Congressman John Lewis, a civil rights legend who advanced justice for generations of Americans, including American Muslims.

“Like everyone in our nation, American Muslims owe a great debt of gratitude to Congressman John Lewis. Whether he was sitting at segregated lunch counters, boarding freedom rides or marching on the Edmund Pettus Bridge, John Lewis repeatedly put his life on the line so that generations to come could live freely. May God comfort his family, preserve the progress he achieved and guide us to carry on his legacy.”

“I join Muslims across America in thanking God for Congressman John Lewis, whose lifetime of advocacy for freedom, justice and equality radically changed our nation for the better. As an African-American Muslim, I have been able to vote, protest, worship, travel, dine, and otherwise live my life without experiencing the racist violence that was common across our country just a generation ago. Every American should appreciate and emulate the blessed work of John Lewis for years to come.”

“Georgia Muslims know that Congressman Lewis continued fighting for justice across our nation long after the Civil Rights Movement. In recent years, he personally helped families impacted by the Muslim Ban at the airport, vocally advocated against the invasion of Iraq and other unjust wars, bravely defended the right to engage in political boycotts, and repeatedly spoke out against anti-Muslim bigotry. Just as Congressman Lewis stood up against various forms of injustice, we must carry on his legacy by doing the same.”

Last December, CAIR extended best wishes for a full recovery to Rep. Lewis, who had been diagnosed with advanced cancer.

CAIR leaders also met with Congressman Lewis in the wake of President Trump’s inauguration to discuss the Muslim Ban and other issues impacting Muslim Americans.