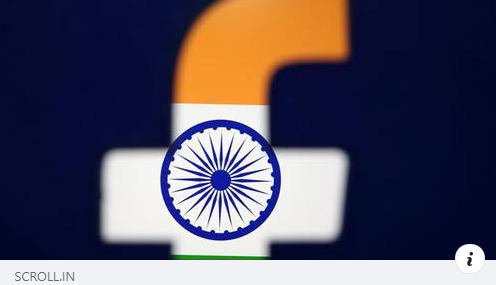 The RSS is a paramilitary organization founded in 1925. The RSS has used violence on a number of occasions to promote its aims. According to the Bridge Initiative, “the RSS has been at the forefront of promoting Hindu-nationalism in India, with the Sangh accused of inciting violence against India’s Dalit-Bahujan community, including hate crimes against Muslims, lynchings of Dalits, and pogroms against religious minorities.”

“Despite knowing about the widespread proliferation of violent anti-Muslim content on its platform for years, Facebook has failed to curtail it, contributing to dangerous manifestations of Islamophobia in the United States and elsewhere. Facebook has an obligation to prevent its platform from being used to create lethal threats against religious communities, including Muslims.”

Internal records revealed hateful content targeting Muslims in India. Haugen stated, “There were a number of dehumanising posts comparing Muslims to ‘pigs’ and ‘dogs’ and misinformation claiming the Quran calls for men to rape their female family members,” quoting a company document.

In 2019, an investigation by the Southern Poverty Law Center into the closed Facebook group called Back Woods Survivalist Squad shows that the group has been using Facebook to coordinate surveillance on mosques around the country. The investigation discovered photos inside and outside at least 10 mosques across the country, including in the Southeast, northern Great Plains and the northern Rocky Mountains. Hatewatch performed an online search and found many of the photos were unique to the group, and the search did not find the images elsewhere on the internet.

In October 2017, CAIR sent a letter to U.S. House and Senate committee leaders investigating the Russian government’s interference in the 2016 election, requesting the committees consider reports that Russian operatives carried out online attacks over Russian controlled Facebook accounts, and other social media platforms, by impersonating Muslim groups and fomenting animosity against the American Muslim community.

SEE: CAIR Calls on Congress to Probe Reports of Russian Attacks Against U.S. Muslims in 2016 Election

In December 2020, CAIR thanked Congresswoman Debbie Dingell (D-MI) – and the 29 congressional colleagues that joined her – in urging Facebook to take immediate action to eliminate anti-Muslim bigotry from that social media platform. CAIR was one of several organizations named by Rep. Dingell in her press release announcing the letter.