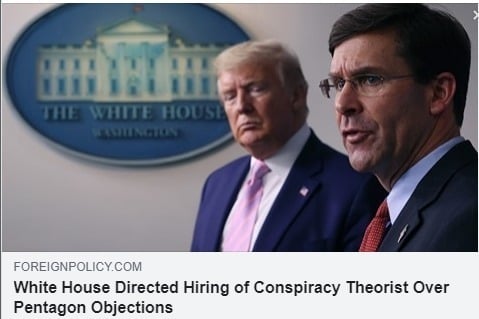 The Muslim group renewed its call on the committee following news that Trump has ordered the Department of Defense to hire disgraced anti-Muslim conspiracy theorists and fired National Security Council aide Richard Higgins as chief of staff to the undersecretary of defense for policy – in anticipation of serving under Tata.

Higgins previously served under Trump’s discredited National Security Advisor Michael Flynn – an anti-Muslim bigot in his own right who previouslycompared Islam to a “cancer,” stated that fear of Muslims is “rational” and was convicted of lying to the FBI during Special Counsel Robert Mueller’s investigation into Russian election interference.

“Islamic ‘grooming’” is “a right [sic] of passage for young Muslim men in Great Britain” in which “young men were gang-raping British women as part of their transition to manhood.“